Britain and the European Union are frantically trying to agree on how to avoid a chaotic breakup in March. Germany's finance minister has said Berlin is prepared for the worst possible outcome. 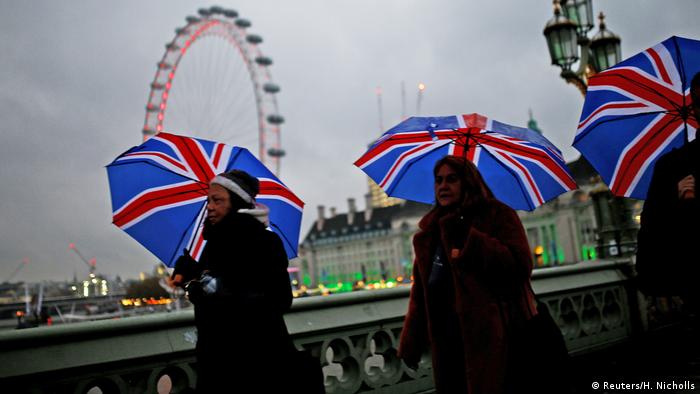 Britain and the remaining 27 European Union countries are negotiating the finishing touches of a draft deal to ensure an orderly Brexit at the end of March 2019.

But resistance to the deal from British lawmakers and the Spanish government has raised fears that Britain could crash out of the bloc with no deal in place.

Scholz told the Passauer Neue Presse newspaper that a no-deal Brexit risked serious economic disruption for both sides, but said Germany was "preparing very carefully" for that outcome.

"Both scenarios are posing challenges for us, but we can and will manage them," he said. He called on both sides to agree on a final deal that would contain the disruption.

Spanish thorn in Germany's side

German Chancellor Angela Merkel and other EU leaders are hoping to sign off on the draft Brexit deal and a political declaration on post-Brexit ties during a special Sunday summit in Brussels.

Merkel vowed on Thursday to "do anything" to reach an agreement.

"A disorderly exit would be the worst possible way both for the economy and the mental basis of our future relationship," she said.

Late Thursday, Spanish Prime Minister Pedro Sanchez reiterated a threat to withhold his country's approval over the status of Gibraltar. Sanchez wants the deal to clarify that talks over Spain's claims to the British territory will take place directly between Madrid and London.

But when asked on Friday whether it's possible that the summit might not go ahead, German government spokesman Steffen Seibert said: "We assume that open questions can be cleared up by Sunday. That is being worked on intensively, so the chancellor is preparing for the trip to Brussels."

EU leaders in Brussels have praised the Brexit deal but want to see the UK hold true to the accord until a special summit on Sunday. After that, there will be no renegotiations. DW's Bernd Riegert reports from Brussels. (19.11.2018)