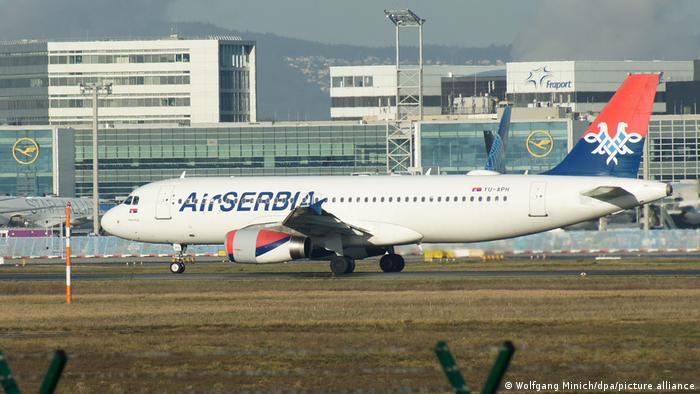 German police arrested a 65-year-old Croatian man after he landed at Frankfurt airport on Thursday morning, authorities said on Friday.

The police acted on a European-wide arrest warrant issued by Croatia that alleges the man's involvement in war crimes during the breakup of Yugoslavia in the 1990s. The warrant specifically mentioned his involvement in four murders.

Police picked up the alleged war criminal after he arrived on a flight from the Serbian capital, Belgrade. They did not name the man or provide any further details.

A spokesperson for the Frankfurt district court told dpa that the court would decide on extradition proceedings in the next few weeks.

The Yugoslav war, 30 years on

Croatia gained its independence from Yugoslavia after a violent civil war that pitted independence fighters against Serb-dominated pro-Yugoslavia forces. Ethnic tensions still exist between the Serbs and Croatians. Croatia has also seen the rise of the fascist Ustasha movement that has targetted Serb minorities in Croatia.

One of the most well-known cases of genocide carried out during the civil war was against Muslim Bosnians in Srebrenica, in Bosnia-Herzegovina. The United Nations court in The Hague took several prominent participants to trial, including the former Bosnian Serb general Ratko Mladic who was convicted of war crimes in 2017.