At a donor conference for Sudan, Berlin promised to make investments in in areas such as water, food security and education. Germany urged the Sudanese government to invest in human rights. 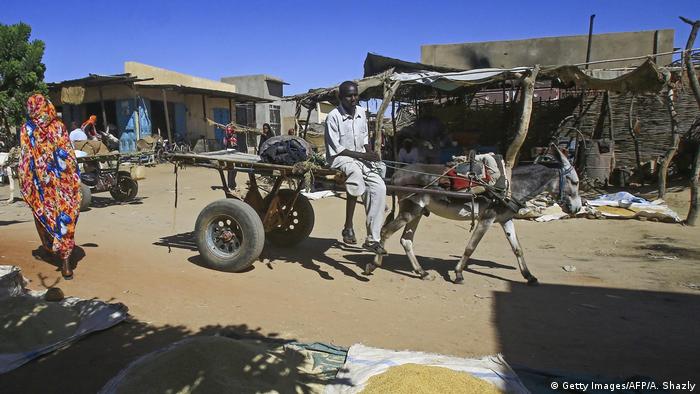 Germany said on Thursday that it would contribute €150 million ($168 million) in aid to the sub-Saharan nation of Sudan.

The decision comes as part of a one-day donor teleconference hosted by Berlin and attended by several western governments, the UN Secretary-General, international financial institutions and wealthy Gulf oil producers.

Sudan's economy is currently at risk of freefall. The country is battling inflation that exceeds 100% and is plagued by shortages of bread, fuel and medicine. Just a year ago, the government of veteran autocrat Omar al-Bashir was overthrown by a popular uprising.

Prime Minister Abdalla Hamdok is now at the helm of the country under a precarious, transitional power-sharing deal with the military.

"The people of Sudan have shown extraordinary courage & determination in their quest for change & peace," UN chief Antonio Guterres said in a tweet.

"But unless the international community mobilizes support quickly, Sudan's democratic transition could be short-lived, with profound consequences in the country & beyond," he added, underscoring the financial help the new government needs to stay afloat.

This positive development had encouraged Germany to resume a development cooperation with Sudan, Müller added.

Germany intends to spend €118 million to support Sudan in areas such as water, food security and education, while a further €32 million will be allocated to humanitarian aid and stabilization.

"The most important thing now is to strengthen the economy, especially agriculture, and to support the poorest people in the country," Müller said.

"For the country has potential: it could become Africa's breadbasket," he added, noting that Sudan's agricultural land mass is as large as that of France.

The German Government expects the Sudanese transitional government to continue on a path of reform. Müller urged the government to ensure religious freedom and to work to grant full equality for women.

Germany's contribution was part of a total of €1.325 billion pledged by Western and Arab countries. The EU said it will contribute €312 million, the United States €318 million, and France €100 million for various projects, among them cash transfers to families living in poverty, with the help of the World Bank, officials said at the online event.

Ali Kushayb, who led state-backed militias in Darfur, has been charged with 50 war crimes and crimes against humanity. His arrest was dubbed "a great success for the ICC and its efforts to get justice for the victims." (09.06.2020)