The German defense minister has called Niger a strategic partner "in the fight against terrorism, organized crime and illegal migration." Nearly 900 German troops are deployed in the Sahel region, including 40 in Niger. 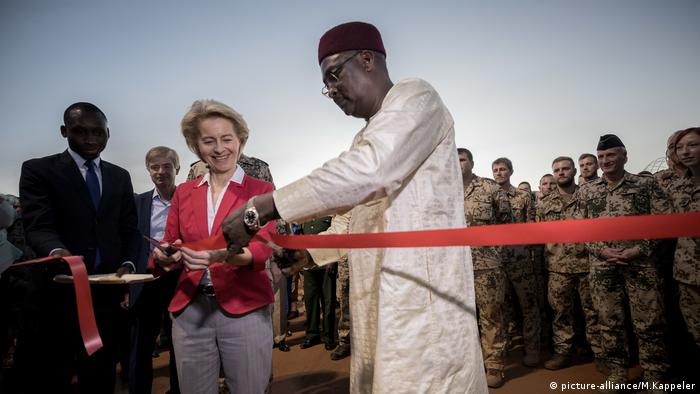 "Niger, like Mali and the other countries of the Sahel region, is part of the European neighborhood, a neighborhood facing unending challenges," von der Leyen said. Niger "is a valuable, reliable and determined partner in the fight against terrorism, organized crime and illegal migration in the region."

During her visit, von der Leyen handed over 53 military transport vehicles to Niger Defense Minister Kalla Moutari as part of an "upgrade initiative" aimed at bolstering the country's military capabilities.

Germany is also developing other defense-related projects in Niger, including building an officer training school and expanding the military section of the capital's airport.

Niger forms part of the G5 Sahel group (G5S), a regional security initiative that includes Burkina Faso, Chad, Mali and Mauritania. The initiative was born out of regional instability triggered by an Islamist insurgency and coup in Mali in 2012.

Read more: Germany's Bundeswehr mission in Mali: What you need to know 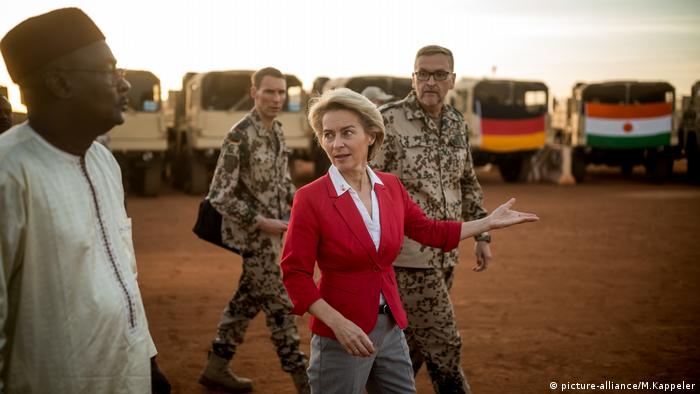 German Defense Minister Ursula von der Leyen made clear Niger is a strategic partner for Berlin, especially when it comes to regional challenges that pose a threat to Europe

The deployment in Niamey mainly consists of troops from the air force and medical service. More than 13,000 peacekeepers have been deployed as part of the UN mission.

About 1,000 German soldiers are deployed with the mission, with some working on intelligence gathering and support in the region.

In March, Berlin signaled its intention to bolster its contingent in the peacekeeping mission and further support France's counterterrorism force operating the region.

Gun manufacturers have fallen short in their efforts to replace the controversial G36 model. Defense Minister Ursula von Der Leyen's plan to phase in a new weapon has been delayed by eight months. (14.10.2018)