Germany has decided to grant asylum to several Afghans who assisted the German army. But how are they selected? Bundeswehr Brigadier General Michael Vetter explains in a DW interview. 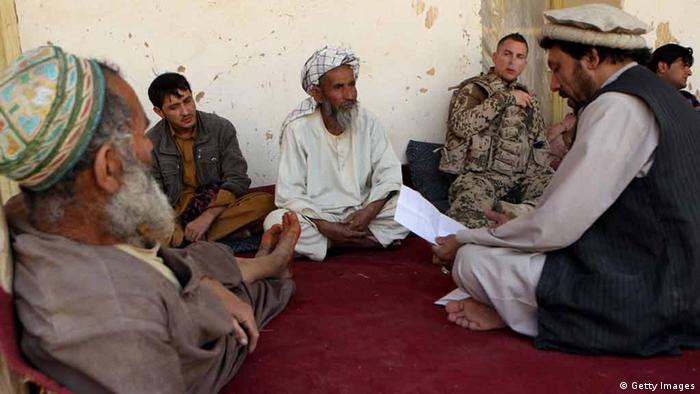 Note from the editor: Shortly after this interview was conducted, the German federal government announced it would grant asylum to 182 former Afghan civilian contractors of the Bundeswehr. This figure may rise further as more cases have yet to be processed.

DW: Initially, there were no plans of offering Afghan civilians who assisted the Bundeswehr the possibility of immigrating to Germany. Now, some 150 of them are set to come. What has brought about this change of plans?

Michael Vetter: Basically, there have been no changes in terms of the procedure. However, we were recently informed by the Interior Ministry that Germany would open doors to around 150 of our local civilian employees. 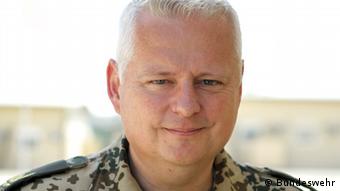 Vetter: 'As long as Afghan nationals are employed by the German army or foreign ministry, they will be able to apply for asylum'

Here is a little bit of background information: It is a procedure for which all departments of the federal government have voted in favor. Adjustments based on our experience in Afghanistan have been discussed over the past few weeks. They include granting permission to local civilian personnel in categories I and II, in other words, all personnel who face any kind of threat, be that imminent or not, to travel to Germany.

More than half of the 242 Afghans who reported to the Bundeswehr who were worried about their safety over the past couple of months now have the chance to come to Germany. To what extent can one assume that those remaining in Afghanistan will be able to lead peaceful lives after ending their work with the German military?

We can be nearly 100 percent sure. Let me give you an example of how we determine whether people are under a so-called "abstract threat." We ask these workers a set of questions concerning their sense of personal safety, but if they tell us they don't feel threatened or unsafe at home, we have no reason to believe something will happen to them after the Bundeswehr withdraws.

There is obviously a sense of insecurity when you lose your job. So, in order to provide these people with better opportunities, we have arranged for financial compensation. That means we want to provide those who don't feel threatened with the means to build a new future for themselves.

Will the local workers who remain in Afghanistan be able to take part in the training programs provided by the German Society for International Cooperation (GIZ)?

The GIZ programs have two main goals: On the one hand, they are meant to function as a sort of job fair, facilitating employment opportunities in development and non-governmental organizations. On the other, GIZ also provides further training to local civilians formerly employed by the German military, thus helping them to find new jobs more easily.

The German military has pulled all of its troops out of the Afghan province of Kunduz a decade after forces arrived there. The move represents an important step in NATO’s withdrawal from the country. (19.10.2013)

Germany has started withdrawing its soldiers and material from Afghanistan. The move poses a great logistical challenge and will also be expensive. (29.07.2013)

You were quoted by the German news site "Spiegel Online" as saying that the German government's asylum doesn't put an end to the issue surrounding the security of local civilian personnel. What exactly do you mean by that?

The issue at stake is whether the number of people granted asylum will remain at 150. There are currently around 1,000 people in Afghanistan working with the Bundeswehr, so the process has not been completed yet. We will continue to talk to these people and assess the situation. The process will be over as soon as the Bundeswehr leaves Afghanistan.

Some time ago, DW conducted an interview with a former Afghan contractor of the Bundeswehr who was reportedly advised not to file an application for asylum. Does he now have a chance to present his case?

As long as Afghan nationals are employed by the German army or Foreign Ministry, they will be able to apply. Should their security situation change, they can always turn to their superiors. Each case is examined and every employee is informed about the process, both verbally as well as in writing.

What are the prospects for Afghan civilian personnel after the withdrawal of the Bundeswehr?

The key issue will be the economic recovery of the country. You can't provide peace and development by military means alone. It is important for us to invest in the economy. There are many programs by non-governmental organizations as well as GIZ aimed at promoting economic development and providing Afghans with job prospects in their home country. That will ultimately be the key to success.

Brigadier General Michael Vetter is a commander of the German army's logistics center.