The German military has pulled all of its troops out of the Afghan province of Kunduz a decade after forces arrived there. The move represents an important step in NATO’s withdrawal from the country. 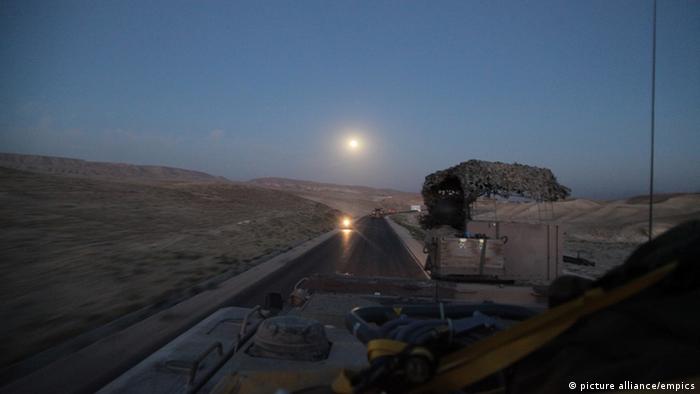 Ten years after the beginning of the German deployment in the troubled province of Kunduz, the Bundeswehr declared the end of its mission there on Saturday.

"We have successfully completed Operation 'Withdrawal'," said Lieutenant Colonel Heiko Diehl after arriving at Germany's Afghanistan base in the city of Mazar-i-Sharif.

The completion of Germany's withdrawal was also hailed by the regional commander of the NATO-led International Security Assistance Force in northern Afghanistan, Major General Jörg Vollmer.

"We can all be very proud of what our soldiers achieved in Kunduz up to the last moment they were there," Vollmer said.

The German Bundeswehr had officially handed over the encampment to Afghan security services in a ceremony on October 6. However, the logistical operation took a little longer, with troops finally arriving in Mazar-i-Sharif on Saturday morning.

A convoy of 119 vehicles, including Marder infantry fighting vehicles, and 441 soldiers had made the 300-kilometer (185-mile) journey over the previous two nights.

The German military's deployment in Kunduz represented the first time that ground troops had been involved in combat since World War II. The ceremony earlier this month was attended by Foreign Minister Guido Westerwelle and Defense Minister Thomas de Maiziere, who remarked in a speech that that Kunduz had been "a turning point not only for the Bundeswehr, but also for German society."

The name Kunduz became synonymous with a German-ordered airstrike there that killed more than 100 people and injured 11 in September 2009, many of them civilians.

With the move, the base at Mazar-i-Sharif becomes Germany's last camp in Afghanistan. However, operations in Kunduz may still continue, with an emergency provision for 300 troops to be deployed there in support of Afghan forces. The security situation in the region is said to have deteriorated in recent months.

The operation at Kunduz has lasted almost exactly 10 years, the first German troops having arrived there on October 25, 2003. Deployments there and in the neighboring province of Baghlan have proved among the most dangerous for German troops, with more soldiers dying there than anywhere else.

More than 3,800 German troops remain in Afghanistan, with up to 5,350 Bundeswehr personnel stationed there when operations were at their height. As many as 1,420 German troops were in Kunduz at any one time.

After the United States and Britain, Germany provides the third-biggest military contingent in the International Security Assistance Force.

International forces are due to end major combat operations at the end of 2014, paving the way afterwards for a training and support mission to aid Afghan troops.