Germany: Mother given life sentence for killing 5 of her children

The crime occurred in the western German city of Solingen. The 28-year-old allegedly sedated and suffocated her children after seeing a photo of her husband with a new partner. 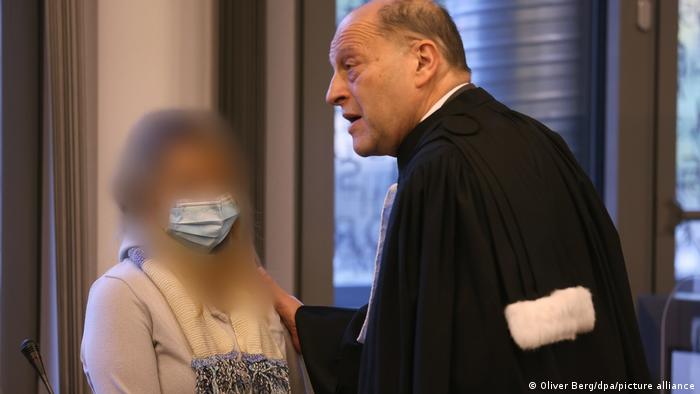 The trial at the Wuppertal District Court began in June

A court in western Germany handed a 28-year-old woman a life sentence on Thursday for killing five of her six children.

The judge had referred to the murders as a "tragedy." The court found a particular seriousness of guilt, meaning the woman would be unable to apply for parole after 15 years into her sentence.

What were the details of the case?

The woman was accused of sedating the children at her home and then suffocating them in the bathtub in September of last year. The ages of the children ranged from 18 months to 8 years old.

Her eldest child, who was 11 years old at the time, survived because he was not at home during the murder. The family was living in the city of Solingen.

The woman remained silent about the allegations during the trial. She had attempted suicide by jumping in front of a train after the crime occurred.

She is believed to have killed the children after seeing a photo of her husband with a new partner. She reportedly told him via text message on the day of the crime that he would never see his children ever again.

Her attorney wanted the defendant to be acquitted of the crime due to lack of evidence. The defense had also recommended a manslaughter conviction and 8 years in prison if she were not acquitted, along with psychiatric treatment.

An expert appointed by the court found the woman did not suffer from a serious mental illiness. She has been been described as having a narcissistic personality.

The crime shocked the nation, with mourners holding a vigil in Solingen to grieve and remember the murdered children.