Germany's defense minister has raised the prospect of joining a temporary military alliance with the Syrian regime to fight "Islamic State." At the same time, she insists that President Bashar al-Assad must go. 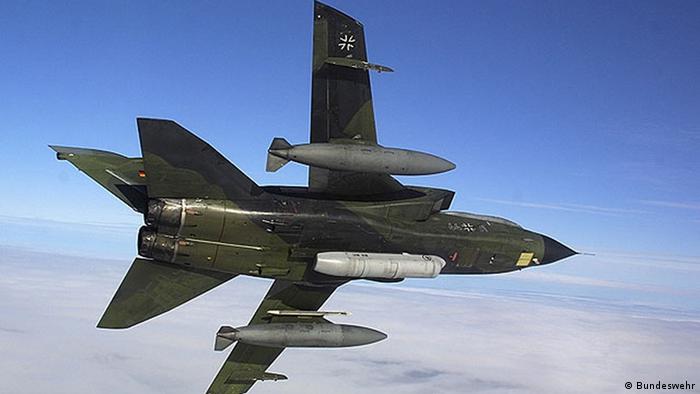 There are bedfellows and there are bedfellows. The German government seems to be coming to the conclusion that the only way to fight the "Islamic State" (IS or ISIS) is to join an alliance with Bashar al-Assad, though at the same time maintaining the insistence that the Syrian president - who continues to barrel-bomb his own people - must go.

Defense Minister Ursula von der Leyen caused some confusion over the weekend when she wrote an article in Sunday's edition of the "Bild" newspaper declaring that "the lack of unity among opponents is also a reason for the strength of ISIS. ... The fight against ISIS must have the highest priority, for France as well as for the USA, China, Russia, Turkey, Iran, the Arab states and us."

Later the same day, she appeared on public TV network ZDF to clarify the point: "There will be no future with Assad, that's clear - that's why the transition phase is so important," she said. "But there are some parts of the army in Syria that you certainly can take, just as in the case of Iraq, where the training of local troops has happened successfully." 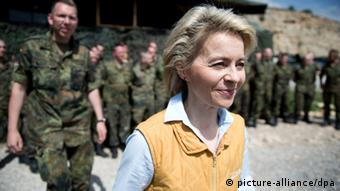 Deal with the devil

This notion of a temporary pact with the devil appears to have been taken over from France, where on Friday Foreign Minister Laurent Fabius raised the possibility of cooperating with Syrian forces against IS "within the framework of a political transition."

Wolfgang Ischinger, chairman of the Munich Security Conference - Germany's annual security forum for world leaders - followed the same logic of military necessity. "The only ground troops that come into question are Assad's government troops," he told the "Handelsblatt" newspaper. For that reason, "we will have to bite the bullet of Assad for the foreseeable future."

The prospect of this ugly alliance came the same day that the German army's chief of staff, General Volker Wieker, revealed to "Bild" that the government would be seeking a parliamentary mandate to send some 1,200 military personnel "to operate the planes and ships" in Syria. That would make the operation Germany's largest military mission since World War II, though most of them would be support staff for reconnaissance planes.

But, at the same time, he backed up the government's position that Germany would not bomb Syria. "What makes sense militarily is what is necessary," he said. "In this case, that is our ability to carry out reconnaissance." So far, Germany's military contribution to the war has been a batch of Tornado warplanes to take part in reconnaissance missions.

"It doesn't really fit together," Josef Janning of the European Council on Foreign Relations told DW. "There are in-built contradictions - but the motivations to engage there are a mixed bag."

For Germany, the important thing is showing solidarity with France. The Bundeswehr has already agreed to send 650 troops to support France's mission against Islamic extremists in Mali. But that, Janning suggests, does not appear to have been enough.

"On the other hand, this goes together with a general belief of the key people in government that an air campaign will not solve the issue and that the issue will require forces on the ground, at best local forces, to get into a position to finish the job," Janning added.

Uncertainty in the ranks 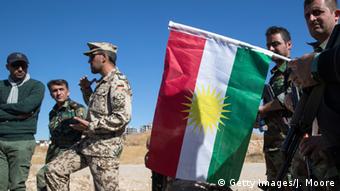 But whether more military action will ultimately bring peace to Syria is another question. Janning, for one, is cautious about von der Leyen's argument that training Kurdish peshmerga fighters in northern Iraq helped to push IS back. "It's a very euphemistic argument," he said. "I don't think the support for the peshmerga has been the game changer. It has been important, but this has not tilted the balance against IS. There were several factors coming together."

That von der Leyen seemed willing to embrace Athe Syrian regime, met with predictable resistance from the opposition Left party (who vote against any German military action on principle), and the Greens (who offered cautious support for military action against IS). Greens' parliamentary leader Katrin Göring-Eckardt told the "Passauer Neue Presse" newspaper that "I can't imagine any assent to a military operation that means we will fight shoulder to shoulder with Assad."

But even some on von der Leyen's side of the political spectrum are skeptical. Norbert Röttgen, also a member of the Christian Democratic Union and head of the parliament's foreign policy committee, took to state radio on Monday morning to voice his worries. "Assad ... is of course the primary source of the problem in the region," he told Deutschlandfunk. "He has hundreds of thousands of deaths on his conscience. ... The Assad regime has no future. Cooperation with his troops would take away our legitimacy."

France wants to hit 'nerve center' of 'IS'

The main objective of the anti-terror coalition is to destroy the "Islamic State" headquarters in Raqqa, the French foreign minister Laurent Fabius said. Moscow and Berlin pledged to work with France in Syria. (27.11.2015)

German government defends decision to join fight against 'IS'