Germany has yet again cemented its role as the main driving force behind Europe's economic recovery. New data showed the country's growth figures exceeded even its own estimates. 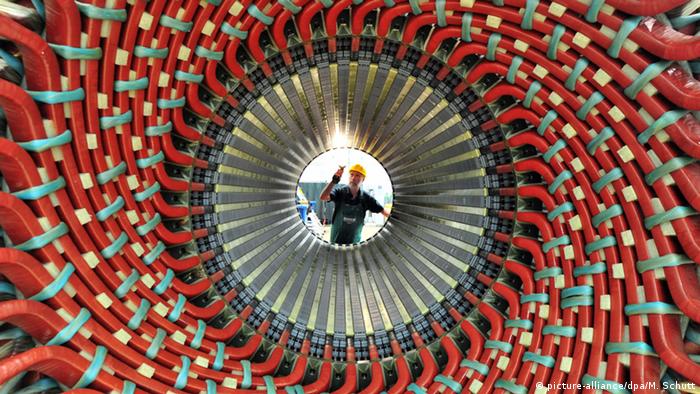 Germany's economy grew even faster than previously thought in 2014, lifted by a surge in consumer spending and investment, official statistics showed on Tuesday.

Full-year gross domestic product was up 1.6 percent over 2013, confirming preliminary figures released in mid-February. Initially statisticians had said Germany's GDP growth in 2014 was 1.5 percent higher than one year prior.

A strong uptick in consumer spending and business investments in the fourth quarter were the main driver behind 2014's strong performance. Domestic spending was up 0.8 percent on-the-quarter from October to December. Companies also spent 0.4 percent more.

Employment in Germany is at a post-reunification high, with more than 43 million people working.

A weak euro has buttressed Germany's already strong export industry and in the fourth quarter last year, exports grew at a rate of 1.3 percent - 0.3 percentage points faster than imports.

Germany, Europe's largest economy, also logged a budget surplus of 0.6 percent of output in 2014, official data showed. That figure compared to an initial estimate of 0.4 percent announced in January.

Countries within the European Union are not permitted to have budget deficits exceeding 3 percent of GDP, according to the bloc's seminal pact, the Maastricht treaty.

Germany's benchmark DAX-30 stock index has hit a record high, crashing through the 11,000-point barrier. The surge came on the back of fresh hope that a solution may be found for Greece's debt problem. (13.02.2015)