Germany's benchmark DAX-30 stock index has hit a record high, crashing through the 11,000-point barrier. The surge came on the back of fresh hope that a solution may be found for Greece's debt problem. 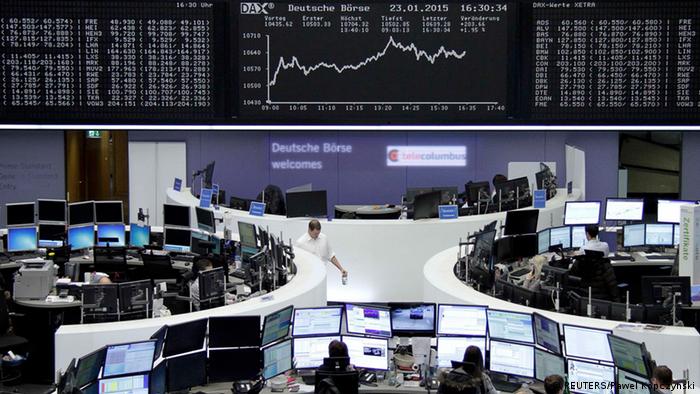 Hope for a eurozone agreement on how to deal with Greece's debt load and save the country from bankruptcy as well as some movement in the Ukraine conflict saw Germany's DAX index rise by 0.5 percent within the first few minutes of trading on Friday.

About an hour later, the benchmark index exceeded 11,000 points on the Frankfurt Stock Exchange for the first time, marking an interim gain of 0.8 percent.

Among the biggest winners in early trading were chemicals giant BASF and Deutsche Post, logging gains of around 1 percent each. But the picture was anything but heterogeneous, with shares of steel giant ThyssenKrupp plunging by 2.6 percent despite a positive outlook presented by the company earlier on Friday.

A new record high of 11,013 points in the morning meant the DAX had surged by a staggering 17 percent since the beginning of the year.

Friday's rise also came on the back of new statistical data saying that Germany's economy grew by 0.7 percent in the final quarter of 2014, indicating fresh momentum in Europe's powerhouse.