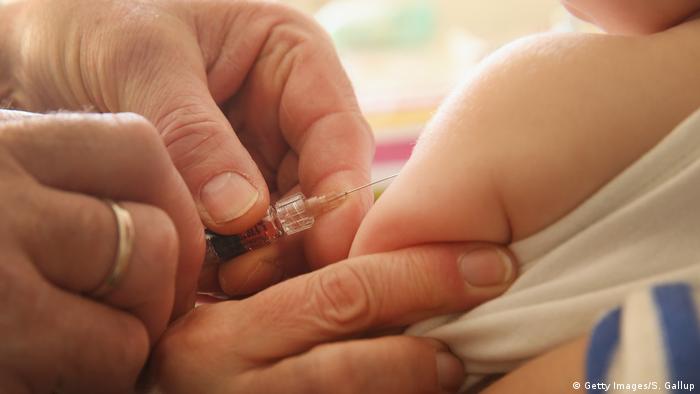 A law requiring mandatory measles vaccinations came into force on Sunday in Germany. The law, which was passed last year, stipulates that kindergartens and schools can only accept new children if they have been vaccinated.

Under the new law, kids must be "verifiably" inoculated against measles. If the child's immunization is not documented, schools will be required to notify the local public health office.

For children already enrolled in schools, proof of vaccination will have to be presented by July 2021, while parents who refuse to vaccinate their children will face fines of up to €2,500 ($2,760).

The law has not come into force without criticism, however. The German GEW teachers' union has said that although it backs mandatory vaccination, the burden to vet vaccination certificates will be placed on educators. The requirement will also put teachers at risk of having to argue with parents over student registration.

On Sunday, a group of parents protested outside of the Federal Constitutional Court in Karlsruhe after filing a complaint that the law violates their constitutional rights. 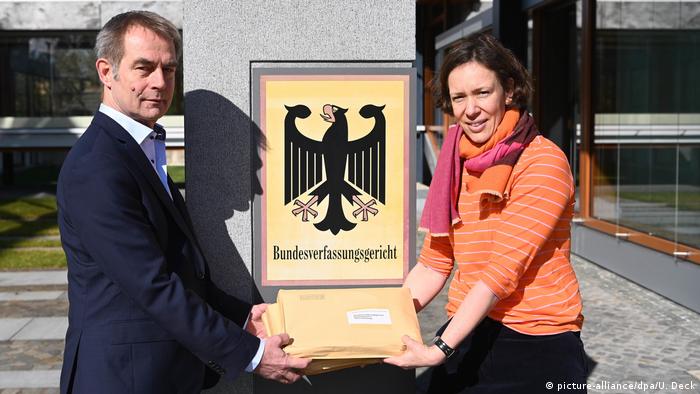 They do not object to the vaccinations themselves, but say that the law violates their right to make their own decisions based on "relevant, independent and neutral information." Groups including the Initiative for Free Choice on Vaccinations and the Association of Doctors for Individual Decisionmaking.

The law was initially passed as a set of amendments to the already-existing Protection Against Infection Act — a law which is also being used to mobilize Germany's management of the coronavirus, or COVID-19, outbreak.

Lawmakers cited Germany's failure to meet the World Health Organization's (WHO) recommended immunization levels of 95%, which is required for a country to prevent a mass outbreak. A report by Germany's center for disease control and prevention, the Robert Koch Institute, has found that just 93% of children starting school have received both the first and second measles vaccines.

Obligation to vaccinate for measles applies from March 1, 2020