Germany keeps Romanians, Bulgarians out of Schengen | Germany | News and in-depth reporting from Berlin and beyond | DW | 07.03.2013

Germany remains opposed to Romania and Bulgaria joining the European open-border Schengen area. Critics say it is an attempt to stop Roma from those countries from making their way to the West. 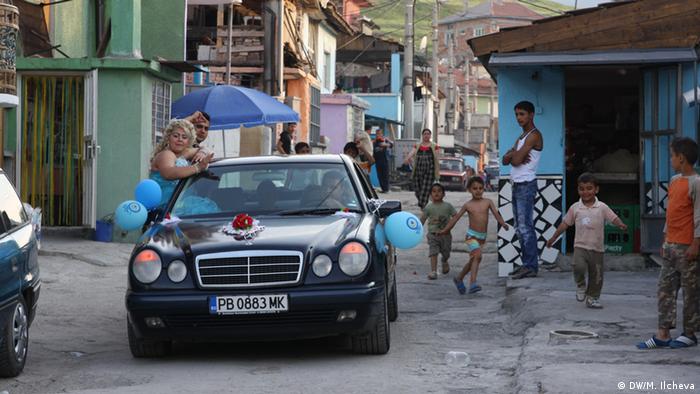 Germany will reject an attempt by Bulgaria and Romania to join the so-called Schengen zone if they insist on participating in the border-free travel regime at Thursday's meeting of European justice and interior ministers in Brussels.

"Germany will veto it and they will fail," German Interior Minister Hans-Peter Friedrich said in an interview with German news magazine Der Spiegel earlier this week. The decision needs the unanimous approval of all the ministers.

"Our citizens will only accept an expansion of the Schengen area if some fundamental conditions have been met. This is not yet the case," Friedrich added.

"Bulgaria and Romania," the minister stressed, "still have to be more decisive in the fight against corruption." The EU's last annual report showed both countries had made progress, but said they had not done enough yet.

Friedrich says he is concerned that non-EU citizens could fraudulently make their way into either Romania or Bulgaria and then through to other EU countries: "Those who acquire a visa through bribery could travel all the way to Germany without further controls." 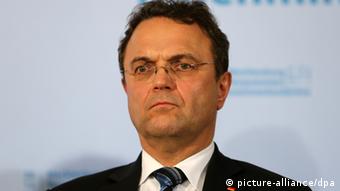 If immigrants fulfil the requirements, Friedrich says, they are welcome to stay

The Schengen zone includes 22 EU member states and covers more than 400 million people. All the EU states are included except Great Britain, Ireland, Cyprus, Romania and Bulgaria. Four European non-EU members - Iceland, Switzerland, Liechtenstein and Norway - have acceded to the agreement. Once someone enters the Schengen zone, he or she can travel freely without visas, and without having passports checked at borders.

In addition to the passport-free travel of the Schengen zone, under EU law all EU citizens are allowed to remain in any member state for work or study. "Provided they fulfill that condition," Friedrich says, "EU citizens are welcome here. Those who only come to receive social welfare, and thus abuse their freedom of movement - they must be effectively prevented from doing so."

Romania and Bulgaria, which joined the EU in 2007, are obliged to join the area - but the process has been delayed pending the fulfillment of such conditions as tackling corruption and organized crime.

Romania's Prime Minister Victor Ponta said on Saturday that his country's inclusion in the zone was no longer a priority for his government, but the man heading the Romanian bid in Brussels isn't convinced. 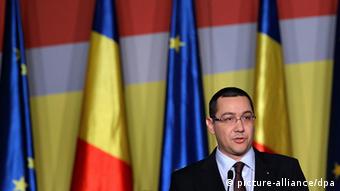 "This reminds us of a separation line we had before 1989," Romanian Foreign Minister Titus Corlatean said of Germany's plan to block his country's bid for Schengen admission.

Poverty in Romania and Bulgaria, he suggested, is the real reason behind the reluctance of older EU members to let the two Balkan countries into the Schengen zone.

In October 2012, Friedrich called for travel restrictions from Balkan countries to Germany, and for the re-imposition of visa requirements on their citizens. Interior ministers from EU members France, Belgium, Luxembourg and the Netherlands at the time shared Friedrich's views on the issue.

Britain, for its part, also considered stricter visa requirements for Balkan citizens. But as the UK doesn't belong to the Schengen area, any changes would be easier to implement for the UK than for any of the other countries.

Yves Pascouau heads the program on European migration policies at the Brussels-based European Policy Center (EPC). He pointed out that the EU previously pursued a policy of liberalizing visa requirements for Balkan states, but now interior ministers want to restrict freedoms.

"The new visa requirements are supposed to come into play when there is an abnormal increase of asylum seekers from countries that are usually not eligible for asylum," Pascouau explained.

According to the EU Commission, that is the case for most asylum applicants from Balkan countries like Bosnia-Herzegovina, Albania, Macedonia, Montenegro, and Serbia.

"The majority are economic refugees rather than victims of political persecution," a spokesman for EU Commissioner for Home Affairs Cecilia Malmström said.

German agencies have observed an increase in the number of asylum seekers from Balkan states over the last few months. The interior ministry says numbers are continually rising.

Most asylum seekers, according to the government report, are members of the Roma community. In Romania, young Roma constitute around a fifth of the working population. 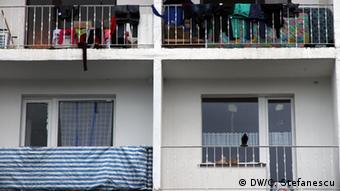 Friedrich has referred to Roma migrants as 'unwanted guests'

In December last year, Friedrich referred to Roma migrants as "unwanted guests," who are "breaching Germany's asylum policies." It was then the interior minister announced intentions to add police officers to Germany's immigration authority and to fast-track the asylum applications that have been filed. Most, Friedrich said at the time, don't demonstrate the need for political asylum, and represent cases in which people are fleeing poverty and economic distress in their home countries.

Amnesty International's Anneliese Baldaccini has followed the debate, and said a similar discussion began in 2011, when Tunisian refugees came to Italy to travel on to other European countries. But even then, says Baldaccini, "they already had asylum seekers from the Balkan states in mind."

Jeopardizing the right to asylum?

But experts believe introducing visa requirements and restricting free travel could jeopardize the right to asylum. Baldaccini speaks for many refugee organizations when she says they might be the ones most affected. "We're afraid the rules will lead to ethnic minorities not being able to travel freely anymore," she said. "But they do suffer from discrimination in the countries they live in and could be eligible for asylum in an EU member state."

For years, the European Union has said it wants a common policy on asylum. So far, all attempts to create one have failed as a result of what members states see as their national interests. (10.01.2013)