Suspected German 'IS' member arrested after deportation from Turkey

A woman suspected of being a member of the jihadi group "Islamic State" has been detained in Frankfurt after being deported by Turkey. She faces charges of war crimes and complicity in human rights violations. 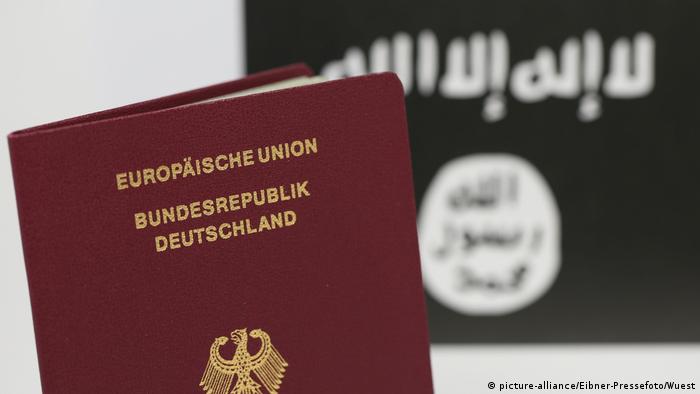 Prosecutors in Germany have arrested a German woman suspected of having committed war crimes and other violations as a member of the extremist "Islamic state" (IS) group in Syria, they announced on Monday.

The woman, who is now in investigative custody after her arrest on Friday at Frankfurt Airport, had been deported back to Germany by Turkey.

Prosecutors say the woman went to Syria with her then 4-year-old daughter in 2015 to join IS and marry a jihadi fighter from Germany with whom she had taken up contact via an IS "marriage agency."

Read more: Families of French IS members in Syria battle to bring them back

She is said to have lived with him and her family in accommodation that had belonged to victims of the extremist group and to have exploited an enslaved Yesidi woman as a domestic help.

As a consequence, she faces charges not only of membership in a foreign terrorist organization but also of war crimes committed against property and complicity in human rights violations. She is also accused of neglecting her duty of care toward her child.

According to prosecutors, after IS rule collapsed in Syria, the woman was taken into custody by Kurdish authorities before being deported to Turkey.