Planning a ricin attack in Germany has ended in 10 years of jail time for an IS adherent. The Dusseldorf court heard that the Tunisian and his wife had stashed toxins and bomb components in their Cologne apartment. 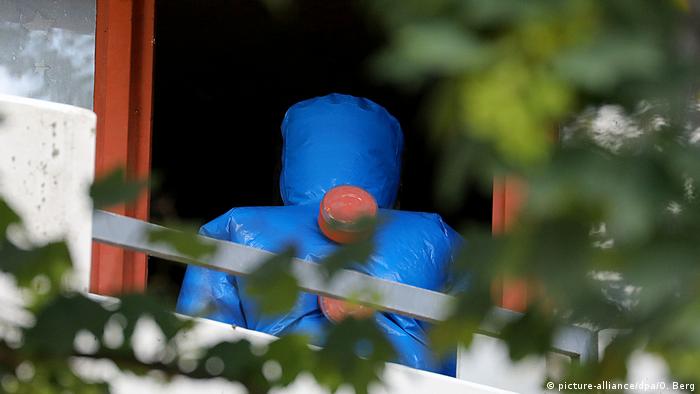 The 31-year-old Tunisian who arrived in Germany in 2016 and became a postie was jailed by the Düsseldorf regional court Thursday on charges of concocting a biological weapon and preparing a serious act of violent subversion.

Federal prosecutors had told the court that Sief Allan H., whose full name was suppressed under German privacy rules, was caught in Cologne on Juni 2018 after purchasing castor beans to produce the toxic ricin.

The case against his 44-year-old wife is subject to separate proceedings. Their arrests follow a tip, reportedly from a foreign ricin cologneintelligence service.

They had also bought 250 steel bearings, said prosecutors, and were in the advanced stages of making explosive devices, which if detonated, could have killed a large number of people.

They had done so in their apartment in Cologne's densely populated precinct of Chorweiler, with their children close by.

The Tunisian had staged a test detonation in a grassed area and tested the toxin on a hamster. It survived.

After a futile bid to join IS jihadis in Syria, he had let IS backers coach him on how to assemble a bomb, said prosecutors.

German prosecutors have arrested the wife of a Tunisian man detained last month over a biological attack plot. The couple allegedly bought a hamster to test a chemical substance ahead of a planned terrorist attack. (24.07.2018)