Police in the northern German city of Bremen have launched an internal investigation after officers shot a man, who later died in hospital. 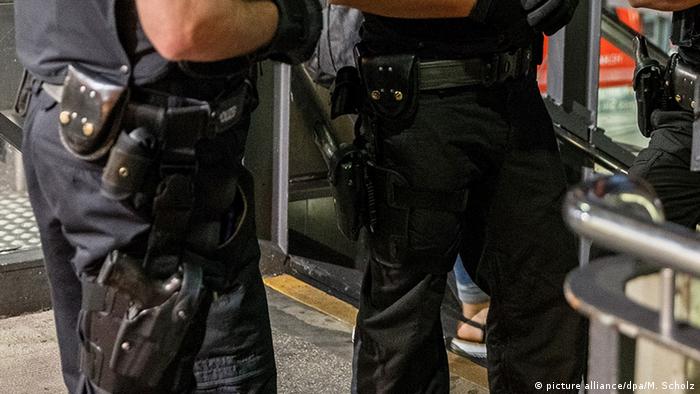 Police in Bremen have said an investigation is underway after a man was fatally shot during an operation in the city's Gröpelingen neighborhood. The case was referred to the public prosecutor on Friday, a day after the incident.

The victim was a 54-year-old man of Moroccan nationality, according to local media.

The leader of Bremen's police union, Lüder Fasche, has defended the actions of the officers involved in the operation. He said the man was shot after attacking an officer with a knife, citing a video circulating online as evidence that the officers had acted appropriately.

Fasche said officers had initially tried in vain to verbally resolve what the police described as a "suspected psycho-social crisis."

The Bremen police have stressed that initial media reports that the operation was linked to an apartment eviction were false. Police also appealed to members of the public and media not to share the video.

Fasche said the incident should not be conflated with the "recent social discussions" about police violence that have followed the killing of unarmed Black man George Floyd by a white officer in the US.

The vice president of the Bremen police, Dirk Fasse, said he was concerned that an individual had died during a police operation.

"My thoughts go out to the relatives and colleagues who were exposed to this stressful situation," said Fasche.

A man with Islamist connections was arrested before he was able to carry out a planned attack. Police found material that could have been used in a potentially deadly bomb.

The Netherlands is outraged over Tuesday night’s shooting of Dutch crime reporter Peter R. de Vries. The attempted murder is seen as a direct attack on freedom of the press.

Authorities have warned of further antisemitic incidents after another day of demonstrations in major German cities. Synagogues have been attacked in reaction to escalating violence in Israel.