DW: This is your first tournament as coach of the German national team. You have previously said you want to put your own stamp on the Eishockeynationalmannschaft. What can we expect from Germany at this year's World Championship?

In terms of tactics, have you looked to change anything from last year's World Championship in Denmark?

Yes, a little bit. I want to build a team that can manage the puck better. We can't afford to give up the puck easily, because in games like these you won't get it back very easily. That's probably the biggest difference. We have not altered our defensive and forechecking systems much. We need to learn to read situations better, so we can more quickly recognize when we need to be aggressive and when we need to sit back more.

In Denmark, Germany were the third-worst team in terms of goal-scoring efficiency (shots on goal divided by goals scored). The only two teams who were worse, Belarus and South Korea were relegated from the top tier of international ice hockey. Does this statistic worry you, and what do you plan to do about it?

I wouldn't say it worries me, but there is obviously room for improvement in this area. We need to look at what's behind this statistic and look for ways of solving the root of the problem. The stats provide one answer, analysis provides another and my own perspective as a coach provides yet another. I believe you have to look to improve and develop after every game you play, regardless of whether it's a win or a loss. That's something I always try to bear in mind. What I see from the bench is not always the same as what the players on the ice see, and we need to work together to improve. 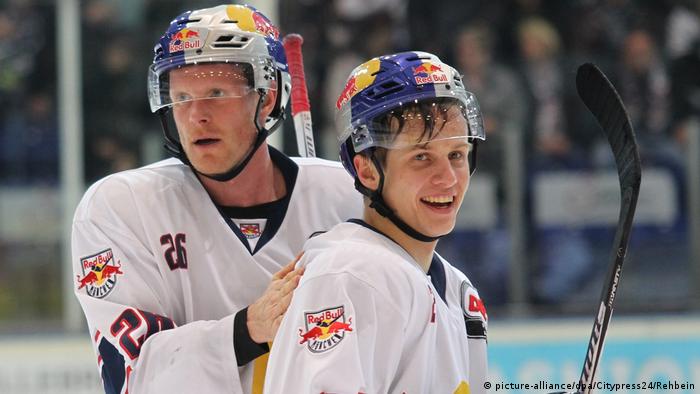 Under your predecessor, Marco Sturm, Germany achieved their greatest-ever success in ice hockey, winning the silver medal at the 2018 Winter Olympics in Pyeongchang – although they disappointed in Denmark, winning just one game and finishing in 11th place. Still, is that Olympic silver medal something you can use to motivate your players?

Success is always good, it's why we play the game. We may have won Olympic silver, but we also didn't fare so well in other international tournaments. We can take many positives, from this and try learn from the negatives. We will continue along our path, while learning from our expeierences of the past. The work that's been done over the last two years has provided us with a very solid foundation to build upon.

What do you think Germany's biggest strengths are going into the tournament?

German ice hockey players are very team orientated and very hard working. There are no egos, everyone is willing to learn and make sacrifices for the sake of the team. In my view, our team-first mentality will be our biggest strength.

Germany will be facing a very tough Group A in Kosice, with the hosts, Slovakia, Canada, the United States, and of course your native Finland. What have you set as a goal for this tournament? Is it simply to advance beyond the group stage?

First of all, there are no easy opponents, and we have to respect each opponent. We will take it game by game. The more we win, the better our chances of winning a medal. It's too early for me to say we are aiming for this or that placing. I don't want to think like that. I need to always stay in the moment and make sure we play good ice hockey day in and day out throughout the tournament.

Toni Söderholm, 41, was appointed as coach of Germany's national ice hockey team in December 2018. The 2019 Ice Hockey World Championship in Slovakia (May 10- May 26) is his first major tournament in charge. Söderholm's career included stints in the top ice hockey leagues in Finland, Sweden, Switzerland. He ended his playing career in Germany, winning the DEL (Germany Ice Hockey League) title with EHC Red Bull Munich in 2016. Söderholm represented Finland at three World Championships, winning silver in 2007. Prior to taking over as coach of Germany, Söderholm became a member of Munich's coaching staff, before spending a season as head coach of German then-second-tier outfit Riessersee.

The inteview was conducted by Cai Nebe.

It's been a year since Germany's ice hockey team won silver at the Winter Olympics. Since then, forward Dominik Kahun has moved on to the Chicago Blackhawks. He spoke to DW about the Olympics and the leap to the NHL. (08.02.2019)

Winning Olympic silver was an unforgettable experience for German ice hockey fans - not to mention the players. Germany's Marcel Noebels spoke to DW about the gold-medal game and the current hype around German hockey. (01.03.2018)

Germany pulled off a major upset, beating Sweden to advance to the Olympic semifinals. While this particular result was an upset, Germany's strong performance in Pyeongchang is no surprise, writes DW's Chuck Penfold. (21.02.2018)