After a series of violent Islamist attacks, and the arrival of millions of migrants, fear of crime has grown in Germany. But the numbers tell a different story: Violent crime has been decreasing for years. 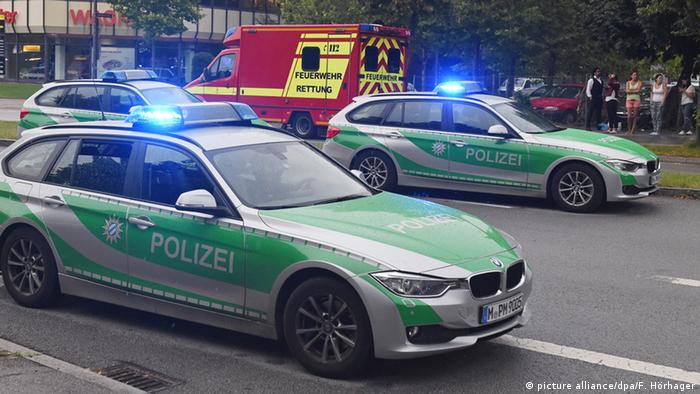 The massacre in Munich, the terrorist attacks in Ansbach and Würzburg, the knife attack in Reutlingen - many people in Germany are worried. The more so as the mass sexual assaults on New Year's Eve in Cologne had already undermined the country's sense of security. Since then Germany has wrestled with the question of whether it has imported violence and crime by bringing in more than one million migrants.

But criminologist Christian Pfeiffer says this is only a matter of perception. "Germany has continuously become safer," he said in an interview with DW.

The longtime head of the Criminological Research Institute of Lower Saxony pointed to police crime statistics: Murder and manslaughter rates, he said, had gone down by 40 percent since 2000. Sexual violence is also at its lowest level in a long time.

"Rape also continued to fall in 2015 compared to previous years, even though we had very large-scale immigration, especially of young men," he said. "Yet there is not a single violent offense that has risen in frequency."

Outrageous crimes dominate the headlines - especially serious violence committed by young men. But statistically these offenses make up only a very small proportion of the total. 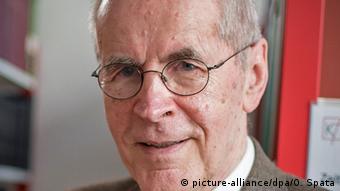 The incidence of serious crimes and the vulnerability of the population is massively overestimated, Münster criminologist Christian Walburg wrote in his 2014 report "Migration and Juvenile Delinquency."

In some areas, Walburg said, crime did indeed go up: "Specifically, for some years there has been an increase in burglaries. Another offense that has greatly increased in number is pickpocketing." But Walburg says that has nothing to do with the current high level of immigration, as these rates had already been increasing for years.

Of course, not all immigrants are angels. Among refugees, and would-be refugees, there are also criminals. According to figures from the German Federal Criminal Office, last year 84,000 asylum seekers fell under suspicion of crimes other than migration law violations. But a look at the figures from 1993 takes some of the drama out of this number. At that time there were 160,000 asylum seekers under suspicion - almost twice as many.

The number of suspects has been growing at a lower rate than the number of asylum applicants. And most cases are petty crimes like shoplifting, which accounted for 39 percent, and fare dodging at 18 percent. Rape and sexual assault made up only 0.5 percent of cases.

Pfeiffer says he does not intend to downplay crimes with his facts and figures, but wants to keep the debate rational. When it comes to migrants, he acknowledges that the young men from Syria and Iraq have grown up in a culture shaped by male dominance. But, he says, that was also the case with Turks and Yugoslavs.

Pfeiffer says he hopes for a process of cultural learning. "But that very much depends on making these people part of our society, so that they do not remain isolated."

Pfeiffer says the risk of increased criminality is especially acute in young men from the Arab world, including "safe" countries in North Africa, who have no likelihood of gaining residency in Germany and therefore nothing to lose. The number of these "migration losers," he said, must be kept as small as possible and "an effort must be made to ensure that they return to their countries, either voluntarily or by expulsion."

It's a finding Ulf Küch would probably agree with. As head of criminal investigation in the western German city of Braunschweig, he deals with criminals every day, including foreigners, and refugees in particular. 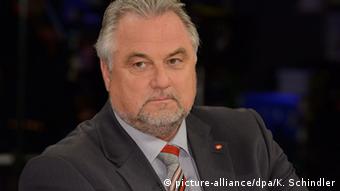 Küch is the head of criminal investigation in Braunschweig

Küch draws particular attention to two groups of offenders: "There are those who come from Eastern Europe and people who are from the Maghreb. They are not part of the group of people who arrived last year with the influx of refugees," he said.

Küch says what that means in practical terms is, actions must have consequences. He says it is unacceptable that court proceedings often drag on for years before a judgment is handed down. In Braunschweig, Küch therefore works together with prosecutors and courts in a procedure known as trial detention.

"When crimes are committed, the prosecution examines whether trial detention has been requested," he explains. "Then the judge places the person in custody for two or three days until a decision can be reached."

Thanks to this extremely accelerated emergency procedure, offenders can be sentenced within a week. For an asylum applicant, that can have unpleasant consequences: A suspended sentence is sufficient for an asylum request to be rejected from the very start.