In a bid to win the race to develop self-driving cars and give a leg-up to their automakers over their rivals from Silicon Valley, the two EU nations have joined hands to test the cars on a stretch of road linking them. 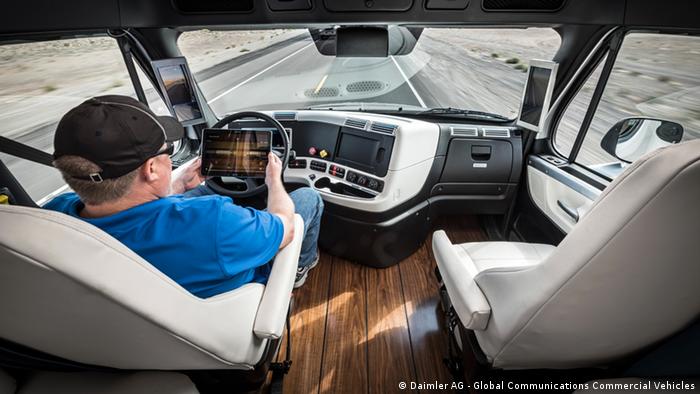 European neighbors Germany and France plan to test self-driving vehicles on a section of road linking the two countries, the transport ministry in Berlin said Wednesday.

The route stretches around 70 kilometers (43 miles), from Merzig in Germany's western Saarland state to Metz in eastern France. It is aimed at testing "automated and connected driving in real cross-border traffic," the ministry noted.

"Manufacturers will be able to test the connectivity of their systems, for example when lanes or speed limits change at the border," German Transport Minister Alexander Dobrindt said in a statement following a meeting with his French counterpart Alain Vidalies.

"We want to set worldwide standards for this key technology through cooperation between Europe's two biggest car-producing countries," he added.

The route will allow testing of 5G wireless communications between cars and infrastructure, automated maneuvers such as overtaking and braking, and emergency warning and call systems, among others.

Germany, home to car giants such as Volkswagen, Daimler and BMW, already boasts a number of test zones for automated vehicles on motorways and in cities, but this is the first that will cross into another country.

The transport ministry has offered 100 million euros ($107 million) in funding for the projects.

The tests come as the nation's traditional carmakers are racing to catch up to Silicon Valley newcomers such as Tesla, Uber and Google parent company Alphabet in the new field, seen as the future of driving.

Automated trucks in particular are expected to shake up the road transport sector in the years to come.

In a glimpse of what lies ahead, manufacturers took part in an experiment last year that saw six convoys of "smart" trucks cross several European countries using "platooning," in which a leading truck sets the route and speed for wirelessly-connected self-driving followers.

Technologies Inc. has removed its self-driving cars from San Francisco streets, just one week after their launch, in response to a regulatory crackdown. (22.12.2016)