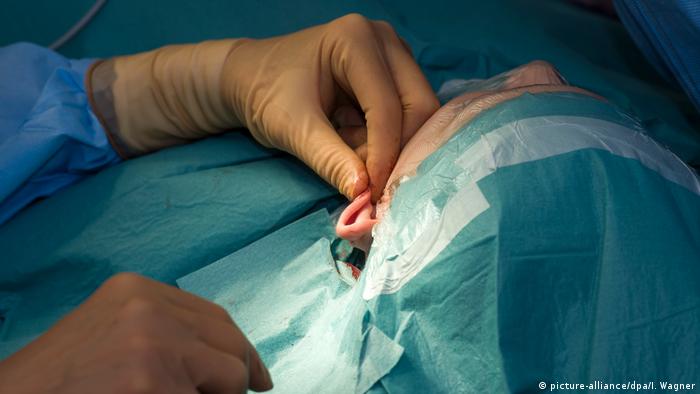 The minister said the legislation would be put to the German parliament in the next few days, stressing that such adverts "often send the wrong message."

"The signal that our society must send to young people must be: You are okay exactly the way you are," Spahn told German newspaper Tagesspiegel.

Young people were instead being put under pressure to change their appearance through surgery, he contended.

Similar adverts were only banned if they were directed exclusively or prominently at people under the age of 14.

The new law encompasses promotional material aimed at anyone under 18 "for any form of advertising, including on social networks."

Spahn's amendment, which will be inserted into a planned law on measles, is scheduled to have its first reading in the German Bundestag on Friday.

The German Society for Aesthetic Plastic Surgery has said it is fully in favor of such a ban.

A spokesman for the Social Democrats, the junior coalition partner of Angela Merkel's conservative Christian Democrat party — to which Spahn belongs — described the ban as "perfectly sensible."

But the spokesman, Karl Lauterbach, went even further, calling for a complete ban on all not medically necessary cosmetic surgery on young people.

Such a ban, for example, would see certain operations on young people — such as the correction of protruding ears — banned unless performed to counter loss of hearing or profound mental trauma.

An additional court case in the PIP breast implant scandal is being launched on Monday. Victims are asking for financial compensation to at least alleviate their psychological pain. Lisa Louis met one of them in London. (16.12.2018)

Brazilian police have apprehended a famous doctor who went on the run when one of his patients died following a buttock enhancement procedure. Denis Cesar Barros Furtado used the moniker "Dr. Bumbum" on social media. (20.07.2018)