Brazilian police have apprehended a famous doctor who went on the run when one of his patients died following a buttock enhancement procedure. Denis Cesar Barros Furtado used the moniker "Dr. Bumbum" on social media. 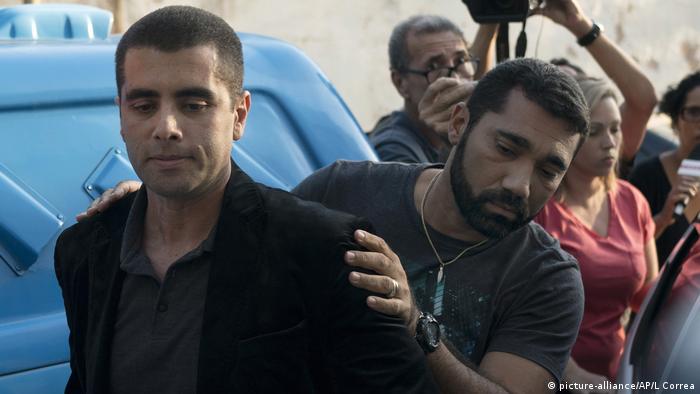 A fugitive Brazilian doctor, known to his many online followers as "Dr. Bumbum," was detained by the police in Rio de Janeiro on Thursday. Authorities said he was captured at a Rio office block after the police received an anonymous tip.

Doctor Denis Cesar Barros Furtado went on the run on Sunday, just hours after one his patients passed away in a local hospital. Furtado operated the woman the day before, performing a buttocks enhancement procedure in his home. The 46-year-old bank manager soon fell ill and was rushed to the hospital.

Medical authorities said the woman suffered several cardiac arrests, possibly due to a pulmonary embolism caused by the application of acrylic glass. Furtado is known for using the controversial material for his cosmetic procedures.

The doctor now faces charges of homicide and criminal association. The police detained his mother, also a medical doctor, who is believed to have assisted during the surgery.

Addressing reporters inside a police station on Thursday, Furtado said he was innocent of any wrongdoing.

"A fatality has occurred - a fatality that could happen to any doctor," he said in a video aired by the G1 news portal.

The story of the patient's death and the fugitive doctor drew widespread attention in Brazil, where more than 2.3 million cosmetic procedures are performed every year. Only the US has more with more than 4 million, according to the 2015 data by the International Society of Aesthetic Plastic Surgery.

The 45-year-old Furtado reached fame by performing plastic surgery and using social media to amass hundreds of thousands of followers. He referred to himself as Dr. Bumbum, which is a Brazilian slang for backside.

How safe is cosmetic surgery?

Dozens of deaths over bad surgeries

The Brazilian Plastic Surgery Society (SBPC) slammed Furtado, saying that "the growing invasion of non-specialists in the specialty has provoked more and more fatalities like this one."

While many practitioners lure patients with low prices, injection of substances like acrylic glass is very dangerous, Steffen added, pointing out that dozens of women have already died due to complications across Latin America.