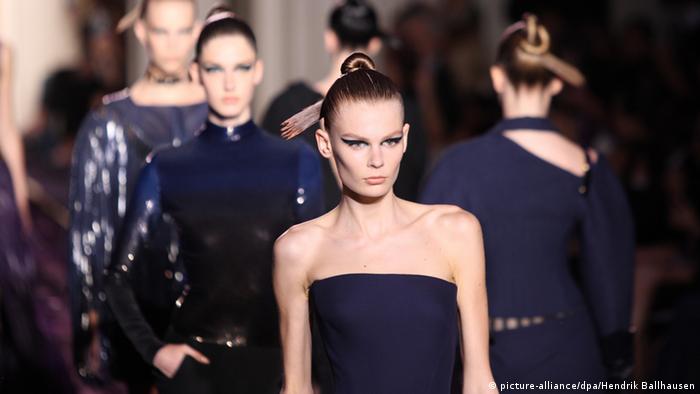 Days after finalizing the details of the next government, the Christian Democrats (CDU), Christian Social Union (CSU) and Social Democrats (SPD) have hinted at addressing a particular health crisis in the upcoming administration: Politicians from both parliamentary blocs said they would plan to combat the growing problem of anorexia among young women by addressing unrealistic beauty standards propagated in advertising campaigns. "We need legal regulations to protect women from anorexia," Karl Lauterbach, the chairman of the Social-Democrats' parliamentary group, told Der Spiegel news magazine. "There is barely any other illness among young women that has as high a mortality rate as anorexia — and chances of recovery are slim."

The premier of the state of Saarland, Annegret Kramp-Karrenbauer, a CDU politician, also emphasized that laws had to be enacted to clamp down on current advertising standards designed to passively encourage the deadly eating disorder.

"Size-zero models present a fake ideal, which is neither aesthetically pleasing nor healthy," she told Spiegel. "This can lead to dangerous long-term physical damage on body and soul, leading all the way to death."

The CSU politician Dorothee Bär said that attempts to raise awareness had reached their limits, and that pictures of women in publicity campaigns had to return to being representative to realistic standards.

"The time has come to take a look closely at regulations in our neighboring countries," she said, referring to laws in France that prohibit the use of underweight women as models. Spain and Israel have meanwhile introduced similar legislation.

Eating disorder expert Sanna Aila Gustafsson explains why the social pressure on men to look good is increasing, and what ‘healthy behavior’ is with regard to food and exercise. (06.03.2015)