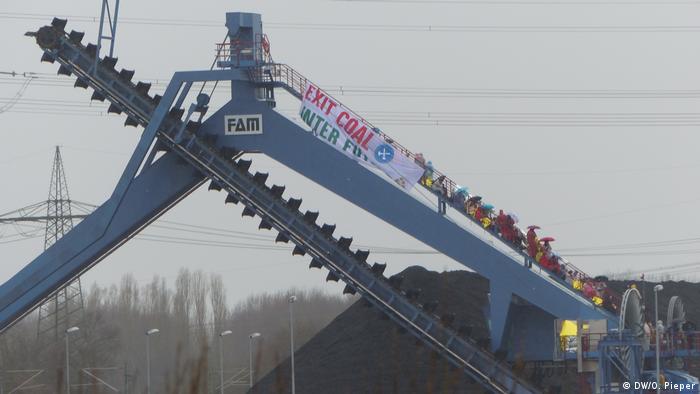 Germany's newest coal-fired power plant, Datteln 4, was occupied by over 100 activists on Sunday, as protesters demanded the country's government fulfill its pledge to phase out coal.

Police spoke of a peaceful protest, and broke up the gathering by late afternoon.

Datteln 4, which belongs to utility company Uniper, is a modern hard coal plant, valued at €1.5 billion ($1.6 billion). The plant, which has not yet begun operations, was exempted from a German government proposal to wean the country off coal by 2038.

Uniper won the exemption by arguing that it would make more sense to shut down old coal-fired plants with high CO2 emissions.

Environmental activists have criticized the compromise between the government and companies like Uniper, saying it showed a lack of ambition on the part of the government to tackle the climate crisis.

Germany's "Coal Commission," a panel of key stakeholders including industry representatives and environmentalists, has recommended that the plant should not open.

But Armin Laschet, the premier of the state of North Rhine-Westphalia, where the plant is situated, and Economy Minister Peter Altmaier have both argued in favor of the plant's operation, saying the country must have electricity from conventional sources until renewables become easily available.

Police said more than 100 protesters broke into the premises of the Datteln 4 plant. But a protest group called Ende Gelände (Game Over), the organizers of the occupation, said 150 people were involved.

In a statement, activists of the group cheered that its members were "blocking crucial infrastructure." Protesters on site unfurled banners bearing slogans such as "Exit coal."

"Their action of civil disobedience is a protest against the coal law of the German government," the group said. 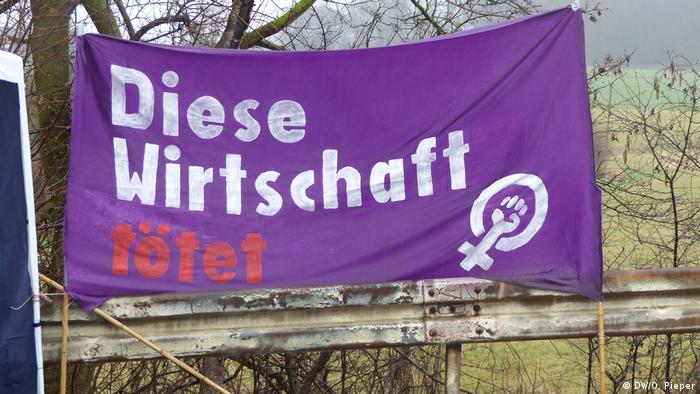 The occupation of Datteln 4 was not the first and will likely not be the last. In November, activists blocked coal mines in the Lausitz Basin in eastern Germany.

Ende Gelände is already planning further protests in August at lignite mines in the west of the country.

"We cannot allow, in light of the climate crisis, another coal power station to join the power grid," said Kathrin Henneberger of Ende Gelände, calling Datteln 4 "a nail in the coffin for our future."

The plant is scheduled to begin operations this summer.