Carolin Klöckner will wear the crown of the 70th German Wine Queen and represent the country's wine at home and abroad. 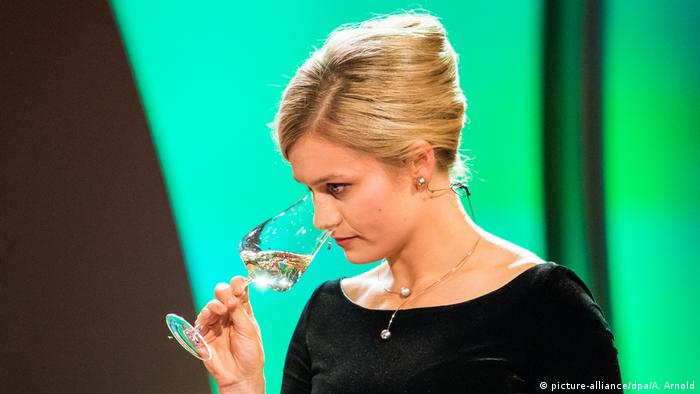 The 23-year-old from the wine producing region of Württemberg beat out five other young women finalists to wear the crown at the competition organized by the German Wine Institute in Neustadt an der Weinstrasse.

Since 1931, the wine queen has represented the German wine industry for one year both inside and outside the country. Her majesty is chosen by a jury based on traits such as knowledge of wine, eloquence, English-language skills and public speaking.

Klöckner is an agricultural sciences student.

German Agriculture Minister Julia Klöckner, who is unrelated to the new queen, described her as an "impressive young woman."

The agriculture minister herself wore the German wine queen crown in 1995.

"Today there are some candidates here who were born in the year I was wine queen. I feel like a bit of a queen mother," she said.

Alcohol: One drink a day is one too many, scientists say

A study of drinking around the world warns that even an occasional glass of wine or beer can increase your chances of disease and an early death. Scientists say there's no such thing as a "safe level" of alcohol. (24.08.2018)