A violent swarm of hornets left 18 people injured during a wine festival in the southwestern German town of Weingarten. Thirteen festivalgoers ended up requiring hospital treatment. 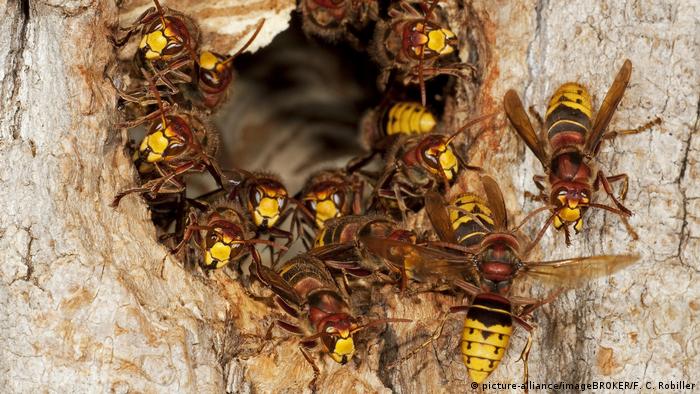 A German wine festival celebrating the final weeks of summer instead ended with 13 people needing hospital treatment, after a swarm of hornets decided to crash the party.

Emergency services were called to the town of Weingarten, near Karlsruhe, on Sunday after festivalgoers were attacked by a vicious swarm of hornets. Eighteen people were injured, 13 of whom required medical treatment, authorities said.

No children were hurt in the incident and none of the injuries are thought to be life-threatening. 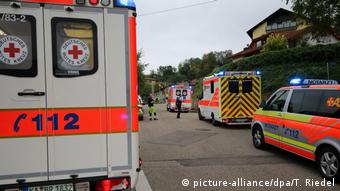 Rescuers were called in to deal with the panicked crowd

Two rapid response teams were called to the area to help the panicked crowd. Among the rescue forces was a hornet specialist, who was called in to ensure the hornet nest was properly moved. The entire festival area remained closed off to the public by Sunday evening.

Hornets are a protected species in Germany and their nests may only be moved with official approval.

Hornet attacks can be particularly dangerous for individuals suffering from allergic reactions, in which case a sting might lead to circulatory arrest.

It is not the first time a swarm of hornets made headlines in Germany this summer. A few weeks ago, groups of pensioners were attacked during a hiking trip. Eight people were hurt and required medical treatment.

While many animals elicit a collective coo of affectionate appreciation, there are also those widely deemed as menacing. Here at Global Ideas, we have come up with a list of creatures people love to hate. (12.03.2015)

Now that autumn is on its way in Germany, it’s grape-picking time. Germany primarily produces white wines, with Riesling the most famous. (06.10.2014)