Swimming has been banned in a stretch of Germany's Unstrut river after multiple witnesses reported seeing a crocodile nearby. Emergency services have been searching for the animal since Friday. 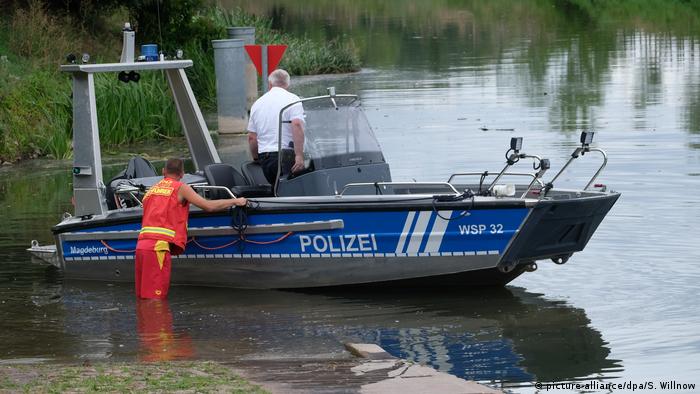 Officials have banned swimming in a stretch of the Unstrut river in eastern Germany, following multiple reports that a crocodile was seen in the vicinity, news agency dpa and local sources reported.

Police had previously received two reports from people claiming they saw a reptile near the town Laucha an der Unstrut in Saxony-Anhalt.

Crocodiles are not native to Germany or to Europe.

Emergency services have been searching for a live crocodile in the minor German river since Friday morning.

In response, the county commissioner in Burgenland, located about 185 kilometers (115 miles) southwest of Berlin, announced a ban on swimming in parts of the Unstrut through September 6.

"Search for crocodile in Unstrut without success," county commissioner Götz Ulrich wrote on Twitter on Sunday.

"No signs of crocodile. From tomorrow locks open, boat operation possible. But I have imposed a bathing ban for the entire Unstrut in Saxony-Anhalt until September 6, 2020."

Nearby river locks were temporarily ordered to remain closed due to the search.

Swimming is prohibited in the stretch of the river that extends from Saxony-Anhalt's border with Thuringia near Wendelstein to where it joins with the river Saale near Naumburg.

Police said they are taking the reports seriously.