A 67-year-old German man has received serious injuries after he was trampled by cows while hiking in Saarland. Police say he was out hiking with his dog when he was knocked to the ground by a herd of cattle. 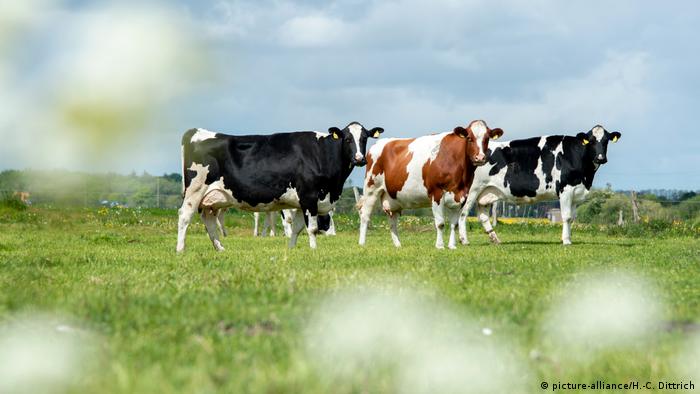 A hiker in the southwestern German state of Saarland was seriously injured when he was trampled by several cows, local police authorities reported late Friday.

The 67-year-old was out hiking with his dog near the village of Beckingen-Düppenweiler, about 40 kilometers (25 miles) northwest of Saarbrücken on Thursday, when he tried to cross a cattle pasture, Saarland police reports said.

He became caught between a herd of running cattle and was knocked to the ground, where the cows ran over him.

Read more: An ode to the Sunday walk in the park, a classic German ritual

The hiker suffered severe injuries to his chest area and was taken by rescue helicopter to a nearby clinic.

The police said his condition has since improved.

According to the report, the hiking trail on which the 67-year-old was walking cuts across the cattle pasture.

However, a warning sign has been placed there, pointing out the dangers of cows and urging hikers to avoid the pasture if there are animals on it.