The first person in Germany to have tested positive for the new coronavirus was infected by a Chinese colleague who attended a company training event in the state of Bavaria a week ago, health officials said on Tuesday.

The colleague, a woman from Shanghai, "started to feel sick on the flight home on January 23," Andreas Zapf, head of the Bavarian State Office for Health and Food Safety, said at a press conference.

The 33-year-old man who contracted the virus lives near Starnberg, 30 kilometers (18 miles) south of Munich, and is in a "medically good state," according to the health authority.

People who had come into close contact with either of the infected individuals have been informed and are being monitored for any signs that the disease has spread.

The health authorities released a statement on Monday saying that the man was under observation in an isolation ward and that the risk of infection for the people of Bavaria was currently considered to be "low."

"People who have been in contact (with the patient) have been informed in detail about possible symptoms, hygiene measures and transmission channels," it also said.

Last week, the infected man, who works for the auto parts supplier Webasto in Starnberg, had attended a training session with the visiting Chinese colleague before she returned to China and began showing symptoms of the illness. The woman had recently been visited in Shanghai by her parents, who come from the area around Wuhan, where the new virus is believed to have originated.

Her German colleague in Bavaria developed bronchitis-like symptoms over the weekend but recovered and felt well enough to go to work on Monday.

By that time, the Chinese colleague's illness had been made known to the company, which then told its employees to report any symptoms to a doctor. The man tested positive for the coronavirus on Monday evening.

Approximately 50 cases have been recorded outside of China. Nearly all of the patients had recently returned from China. In a handful of international cases, the virus was passed on to family members. 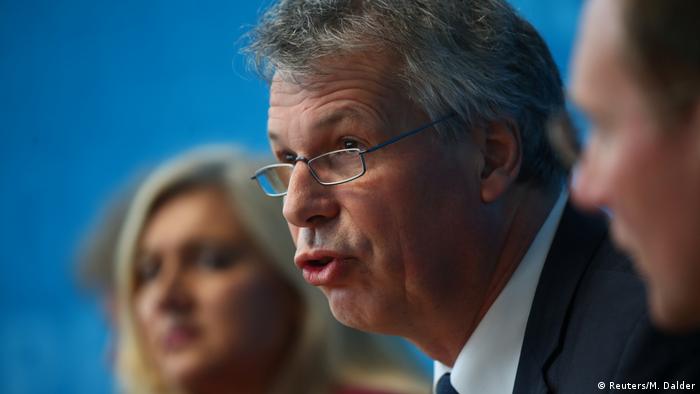 Bavarian Health Minister Melanie Huml said a hotline would be established Tuesday for people to call with their concerns. She also said that plans were in the works to begin screening the body temperature of passengers arriving at international airports in Bavaria.

Zapf said it was important to respond appropriately to the scale of the infection and not to "trigger panic." Around 20,000 people die every year in Germany from the annual influenza epidemic, he said.

Symptoms of the new virus are similar to those seen during flu season, which has yet to hit its annual peak in Germany. Zapf cautioned that health workers will need to distinguish between cases of the two illnesses.

German Health Minister Jens Spahn said on Twitter on Tuesday that Germany was well equipped to deal with the infection's arrival.

"It was expected that the virus would come to Germany," he wrote. "The case in Bavaria shows that we're well prepared."

Until Monday evening, only suspected cases had turned up in Germany. Some German states responded by increasing security controls at airports.

Spahn said the government had plans ready for how airports and hospitals should proceed in the event of a pandemic.

Flights from China that come to Germany will have to provide the health status of its passengers to air traffic control. Additionally, travelers will have to fill out forms detailing where they can be reached during the 30 days following their arrival.

The virus, which can cause acute respiratory infection, has so far killed at least 106 people and infected more than 4,500 others in China, while cases of the illness have also been reported across the globe.

Countries such as South Korea, Taiwan, Thailand, Nepal, Vietnam, Saudi Arabia, Singapore, the US, France and Australia have all confirmed patients who have contracted the disease.

Germany may evacuate its citizens from China because of the spreading coronavirus, Foreign Minister Heiko Maas has said. He also urged Germans not to make any "unnecessary trips" to China. (27.01.2020)