Germany clings to coal at climate summit | Environment | All topics from climate change to conservation | DW | 19.11.2017

At the UN climate conference in Bonn, an alliance of 20 countries pledged to rapidly phase out coal in the coming years. Germany has not joined the group — although the reasons for abandoning coal seem to be oiling up. 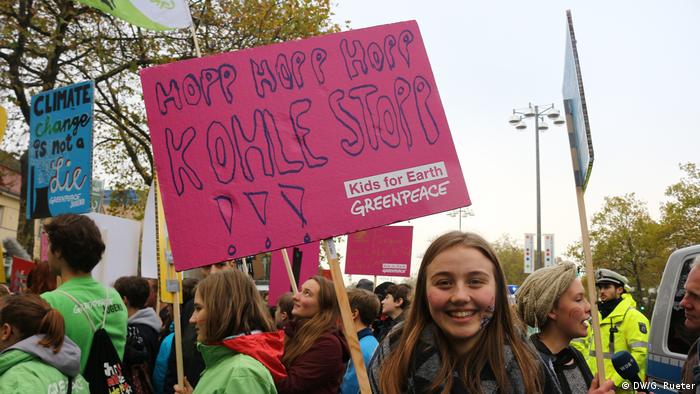 The dirty fossil fuel coal provides 40 percent of global electricity. At the UN climate conference in Bonn, Canada and the UK unveiled the Powering Past Coal Alliance, which is committed to moving from coal to clean energies by 2030. It is expected that the international community will grow to 50 members by the next climate summit in Poland in 2018.

Ending coal use would be a great step forward for the achievement of the climate goals set in the Paris climate accord. There is growing skepticism over coal as an energy source, especially as air pollution resulting from coal burning leads to 800,000 deaths a year.

Germany under pressure on coal 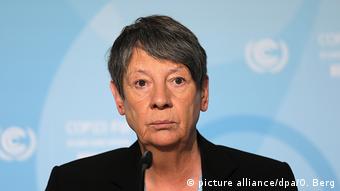 Germany, however, has not joined the burgeoning anti-coal alliance. "We were asked whether we want to participate. I have asked for understanding that we cannot decide this ahead of the next government," said Barbara Hendricks, Germany's outgoing environment minister. "The initiative, however, will keep us up to speed about what's happening," she added as to the Powering Past Coal Alliance.

In the meantime, Germany's coalition talks between would-be government partners stalled in part over carbon reduction targets for 2020. At the moment, Germany emits around 906 million tons of CO2 each year; a limit of 750 has been set for 2020. This amounts to a 17 percent reduction. Experts agree that among the easiest ways to achieve this is to cut back on coal-fired power.

The German Environment Agency (UBA) has published a technical paper outlining how Germany can cheaply and effectively reduce coal-fired energy in order to meet its climate targets.

Coal power plants older than 20 years would only be allowed to produce restricted amounts of energy, while the oldest and least-efficient coal power plants will be shut down altogether. This applied to plants with a capacity of at least 5 gigawatts.

According to calculations made by the UBA experts, both measures are the quickest and most cost-effective means of meeting Germany's carbon reduction targets for 2020.

At the same time, the UBA's paper emphasizes that the proposed measures will still guarantee supply reliability in Germany. However, wind and solar power would have to be developed much faster than previously planned: Expansion would have to double, at the least.

Coal phase-out to save money

According to the UBA, a coal phase-out in Germany could also save considerable money. If well over half of coal-fired power were to be reduced by 2030, environmental costs of more than 23 billion euros in 2030 alone would be saved when compared to now, the paper says.

If health and material damages were taken into account into the cost of coal electricity, this would increase the price per kilowatt hour by 16 to 19 cents, says the UBA.

Compared with wind and solar, including these "external factors" would only increase that cost by 2 cents.

With external costs factored in, electricity from new wind and solar power plants is at least three times cheaper than that from coal-fired power plants, the paper concludes.

According to a recent survey conducted by the opinion research institute Emnid, approval for a coal phase-out in Germany is growing. The study shows that 76 percent of those surveyed want to phase out coal in Germany in order to achieve the national climate targets.

Particularly interesting about the survey is that Germans have similar opinions, regardless of political leanings. Green voters have shown the most support for a gradual coal phase-out (99 percent), followed by Social Democrat (SPD) supporters (81 percent), and conservative Christian Democratic Union/Christian Social Union (CDU/CSU) with 75 percent.

Even among right-populist Alternative for Germany (AfD) voters, 70 percent also agree with phasing out coal.

That survey was commissioned by left-leaning international citizen's movement Avaaz.

Germany's leading tabloid, Bild, also hired Emnid conduct a similar survey at the beginning of November. At that time, 69 percent of those surveyed prioritized environmental and climate protection over economic interests.

America's sole official side event at COP23 has attempted to present fossil fuels as a solution to climate change. This was largely ridiculed - but could cleaner fossil fuels be a realistic prospect? (14.11.2017)