Germany: Clearing of WWII mines did cause porpoise deaths

A 2019 mine clearance operation in the Baltic Sea killed several porpoises as alleged, Germany's nature conservation agency has concluded. The animals, Germany's only native whale species, are on the endangered list. 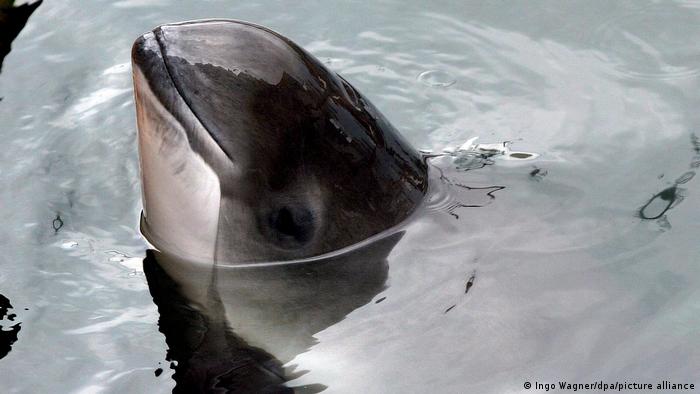 A number of porpoises died last year as a result of explosions that occurred while clearing British World War II mines in a protected marine area in the Baltic sea, Germany's Federal Agency for Nature Conservation (BfN) has confirmed.

At least eight of the animals died through damage to their auditory organs, which porpoises partly use to navigate, the agency said in a report. Altogether 41 porpoises were found dead on beaches in beaches in the region from the start of September to the end of November. Twenty-four of them were given autopsies.

Porpoises, which belong to the family of toothed whales, are the only whale species native to German waters. They are considered an endangered species.

Altogether 42 mines were exploded in the Fehmarn Belt, a narrow strait between Germany and Denmark, in an operation in August 2019 carried out by NATO mine experts supported by the German navy. According to the report, the noise from the explosions was above the maximum permitted level across almost the entire conservation area.

Although attempts were made to move the animals out of the area by means of controlled smaller explosions, porpoises remained in the strait during at least five of the blasts caused by the mine clearance, the report said.

In comments made to public broadcaster NDR, German environmental group NABU called on the government to review its strategy for clearing mines from the North Sea and Baltic Sea and to finance pilot projects for removing them without damage to the environment.

Noise caused by maritime military maneuvers has also been blamed for mass whale strandings, as the navigational abilities of the animals are impaired by damage to their ears.

Read more: How can we recapture the silence?