The pilot whales got stuck in shallow waters on the west coast of Tasmania during the country's largest-ever recorded stranding. Rescuers were not able to save all 470 of the marine mammals. 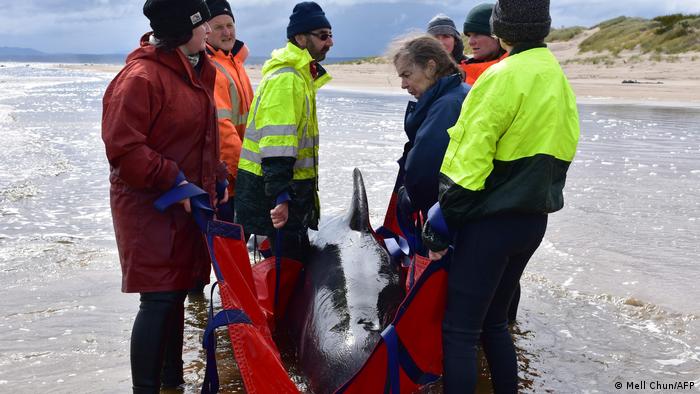 In total, 470 whales became stranded on sandbars at Macquarie Harbour on Tasmania's west coast this week.

The first 270 whales were discovered on Monday, with a further 200 spotted two days later, some 7 to 10 kilometers from the original site.

A third had already died before rescue efforts began.

There are no living whales remaining in the harbor, Australia's Parks and Wildlife Service said.

Authorities plan to use barges and boats to dispose of the remaining 350 carcasses at sea. This is expected to take several days and relies on calm conditions.

"Collection and disposal is being undertaken with the assistance of aquaculture companies whose equipment and expertise on the harbor is essential for a timely and effective outcome," Rob Buck, Incident Controller and Parks and Wildlife Service manager, said in a statement.

Read more: Rescue operation seeks to save hundreds of whales off Tasmania 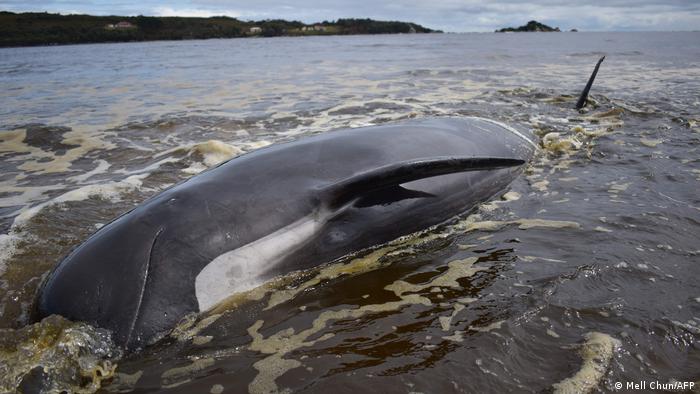 Experts still can not explain why most mass strandings happen

Why do whales get stranded?

Pilot whales are known for mass strandings. The top five largest beachings in Tasmania, dating to the early 1800s, all are from the same species.

While the cause of such strandings is often unknown, some experts think the whales may have been drawn to the coast to feed.

David Hocking, a marine mammal scientist at Monash University in Melbourne, told The Associated Press that pilot whales have strong family bonds, which also means they can travel in groups of up to 1,000, could play a role.

"If one or a few animals get themselves into trouble, they put out a distress call," Hocking said.

"Rather than running away, their instinct is to come together as a group because they have safety in numbers. But that means a few animals getting into trouble means they call more animals into that same area."

Australia's largest mass stranding had previously been 320 pilot whales near the Western Australia state town of Dunsborough in 1996.