The alleged murders took place across Germany between April 2017 and February 2018. Police accuse the man of murdering his diabetic victims by injecting them with lethal doses of insulin. 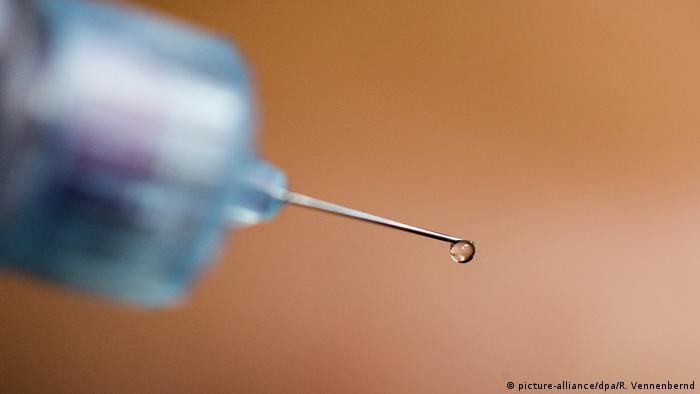 Police in southern Germany have charged a 36-year-old care worker from Poland with the murder of six patients by lethal injections of insulin.

The man has been in police custody since February. He was arrested on suspicion of injecting a lethal dose of insulin into an 87-year-old man in the town of Ottobrunn near Munich.

The man has admitted to injecting the six diabetic patients with insulin but denies that he intended to murder them. The first lethal injection occurred in April 2017.

Police said the man had trained as a nurse after being released from jail in 2014 in Poland, where he had been held for various nonviolent crimes. He then applied at Polish and Slovak placement agencies as a nursing assistant and was eventually placed at households throughout Germany. Police identified 68 different places of employment, though he was generally only active at each for a short time.

But he soon found the job didn't really suit him, police said, as he did not like the lack of Wi-Fi, unpalatable food, or that he had to get up several times during the night.

Police allege he would search the homes of his clients for valuable goods to steal, and if there were none, he would fake a family tragedy back in Poland to leave the patient and find a new client to steal from.

In January 2017, the man was prescribed insulin to treat his diabetes. Doctors warned him at the time about the risks and possible consequences of an underdose or overdose of insulin as part of the treatment of his illness. Starting in April he allegedly began needlessly administering insulin to his patients, injecting at least 12 people. He allegedly claimed he injected them so he could escape the bothersome work situations without financial penalty from his employers.

German authorities had been concerned he may have committed similar crimes in the UK, but after reaching out to British police, they found this wasn't the case.

The case is reminiscent of a German nurse who killed more than 100 of his patients with injections, although in his case, he was motivated by a desire to be seen as a hero when he occasionally successfully resuscitated them.

Germany faces a shortage of care workers for elderly people, with families often hiring immigrant workers from Poland to help care for relatives.