Germany: Calls for cardinal to release report on sexual abuse of minors

Pressure has increased on a Catholic cardinal over the release of a report on child sex abuse. The diocese council of Cologne has said Cardinal Woelki has a moral obligation to allow its publication. 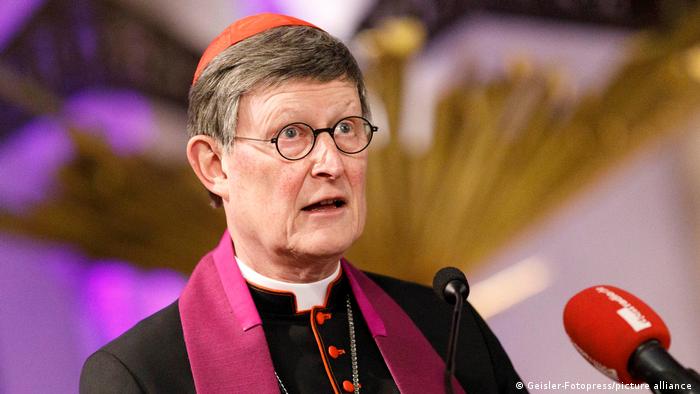 A German Catholic cardinal, who has for months prevented the publication of a report on alleged sexual abuse of minors, came under increasing pressure on Friday to relent.

Cardinal Rainer Maria Woelki, a conservative clergyman who is also the archbishop of Cologne, has often resisted reforms within the Catholic Church and has faced mounting criticism over blocking the release of the independent report on abuse committed by members of his diocese, Germany's largest, between 1975 and 2018.

In November, Woelki turned to the head of the Catholic Church for assistance, urging Pope Francis to take over the investigation.

In a rare public rebuke, the diocese council of Cologne, which groups clergy and laypeople, heavily criticized the Woelki, saying he had "completely failed as a moral authority."

"We find ourselves in the biggest crisis that the Church has ever experienced," Tim Kurzbach, head of the council, said in a statement.

"Those responsible must finally also take responsibility," the statement continued. "We need clarity now. Otherwise, we have no chance of getting out of this misery."

The statement added: "Don't wait until Rome decides or a legal expert tells you what you have done wrong."

Victims have expressed outrage at Woelki's obstruction in the publishing of the report.

The cardinal has justified his stance by citing the alleged perpetrators' right to privacy.

The investigation was conducted by a Munich law firm, but Woelki has questioned the researchers' independence.

In early November, the diocese of Aachen published its own study prepared by the same law firm.

A separate study released in 2018 and commissioned by the German Bishops' Conference showed that 1,670 clergymen had committed some form of sexual attack against 3,677 minors, mostly boys, between 1946 and 2014. The report's authors pointed out that the number of victims was likely much higher since many people choose not to report the abuse.

Cardinal Reinhard Marx, a prominent reformer, apologized on behalf of the German Catholic Church for the abuse committed by the clergy. The Church currently pays victims an average sum of €5,000 ($6,065) "in recognition of their suffering," as well as covering their therapy fees.