Auxiliary Bishop Angsar Puff has apologized to journalists over a contentious video message. He pivoted from discussing fake news, Trump and Goebbels, to insinuating unfair media coverage on Catholic bishops. 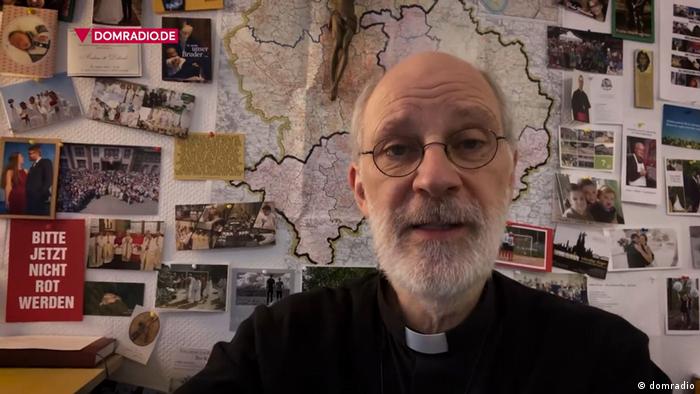 Bishop Puff back-pedaled on Cologne Catholic radio Friday, saying a quote he attributed to Joseph Goebbels  — about repeating lies until they were believed — was directed at Donald Trump, and not present-day German media reporting on Catholic sex scandals.

For months, Puff's boss, Archbishop Rainer Maria Woelki, has legally foiled journalists' requests that he publish without redaction a Cologne diocese report he himself commissioned which is said to document cover-ups of past sex abuse scandals.

The report's authors, a Munich legal team, has since offered to assume liability and publish on the Church's behalf — as is now demanded by at least eight local congregations, and theologians. 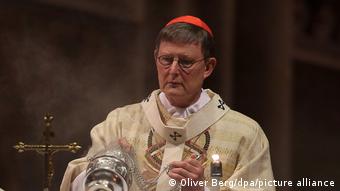 Puff, reproached by the German DJV journalists' union, in his video Friday said he was "sincerely sorry" if his prior remarks over media reporting on Cologne bishops had left the impression he was comparing "present-day journalism with Goebbels."

Propaganda minister Goebbels was among top Nazi officials, Adolf Hitler included, who committed suicide in 1945 when the Allied powers defeated Germany. Last July, the Thompson Reuters Trust said a number of sayings attributed to Goebbels had been exposed as misquotes.

On Thursday, Puff said he scrutinized news items for their veracity, saying that repetition "alone does not make a statement automatically truer." He then concluded his message with: "... even if it's about the alleged misconduct by bishops."

"The remarks from Auxiliary Bishop Puff inflame aversion to freedom of the press and the acceptance of professional journalism in society," said Überall.

Puff said in his response on Friday that he preferred critical journalism, even if directed at churches and bishops.

He said that his Thursday homily was in fact focused on ex-president Donald Trump's behavior and what he termed "misleading" coverage in US media.

In recent weeks, instead of publishing the Munich lawyers' report he had sought in 2018, Archbishop Woelki commissioned a Cologne jurist to submit a new report by March, asserting that he expected "no whitewashing."

Among the eight local congregations resorting to internet criticism of Woelki's leadership, the pastor of one had even called on Woelki to quit, according to the Catholic news agency KNA.

Pastor Klaus Koltermann in Dormagen north of Cologne, said KNA, had faced disciplinary action — until it was withdrawn. Catholic university personnel who in a study paper had cast doubt on the church's teachings on sexual morality also faced the same threat.