Trump slams media as 'enemy of the people'

US President Donald Trump has again lashed out at media, reiterating his accusation that they spread "fake news." His latest lambasting of the press comes as he prepares to reconnect with his base in Florida. 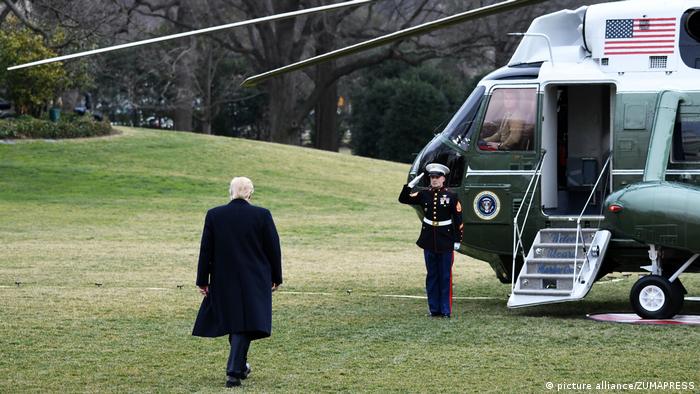 US President Donald Trump on Friday unleashed a new Twitter diatribe directed against several US media outlets, the day after holding a news conference that received largely negative coverage in the mainstream press.

In his post, he accused the The New York Times, NBC News, ABC and CBS of being "fake news media," saying they were "the enemy of the American People."

His news conference on Thursday was described by many reporters as bizarre, with some criticizing the president for a lack of clarity and a dangerous lack of knowledge in certain political areas.

Trump himself, however, has emphasized the praise he received from right-wing commentator Rush Limbaugh, accusing the press of being dishonest in its accounts of the event.

Many observers have voiced concern that Trump's frequent attacks on the media, including several during his press conference, could be coming close to infringing on the freedom of the press in a manner similar to that of authoritarian leaders.

Ben Rhodes, a top adviser to former President Barack Obama, said Trump's condemnation of the media would encourage authoritarian leaders and undermine US credibility as a defender of press freedom.

The president has, meanwhile, taken time out from the turmoil in Washington, where a series of crises has shaken his still young administration, to fly to Florida, where he is to hold a campaign-style rally in front of supporters. 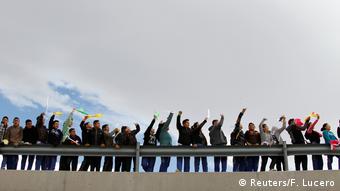 His effort to reconnect with his base comes after four weeks that have seen his national security adviser ousted and his successor turn down the position, a Cabinet nominee withdraw, a court rule against a controversial immigration policy, and a run of damaging leaks.

"It will remind people that he still has a lot of support out there, and he probably needs the reminder," Feehery said. "When you are inside the bubble, it's not a bad idea to reconnect with your supporters and get re-energized."

A national survey by Pew Research Center found the public's view of Trump's overall job approval as much lower than those of prior presidents in their first weeks in office: 39 percent approved of his job performance while 56 percent disapproved.

Among other things, Trump has been facing a barrage of questions over his team's links to Russia and President Vladimir Putin, and possible contacts during the campaign with Russian intelligence agencies, after a series of leaks that seem to indicate closer connections than have yet been admitted by the administration.

Trump has denied any such connections, also creating some confusion by condemning the information leaks while also complaining that the reporting on the leaks was false.

When asked to explain the apparent contradiction, Trump said it was the "tone" of the reporting that made the news fake.

Trump is spending his third consecutive weekend at his Mar-a-Lago estate in Palm Beach, Florida, since taking office, and is to hold his rally in Melbourne, near Orlando, late in the afternoon.