A German regulator has banned the sale of children's smartwatches that have one-way monitoring functions. Officials said parents had been using the watches to listen in on teachers while their children were in class. 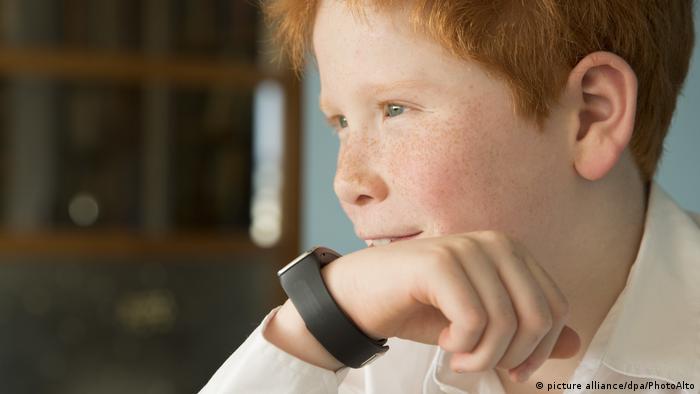 Certain smartwatches for children can no longer be sold in Germany as some of these models are equipped with a "wiretapping" function, a regulator said on Friday

Germany's Federal Network Agency, or Bundesnetzagentur, announced the ban saying that these watches can be classed as "unauthorized transmitters."

"According to our investigations, parents were using the watches, for example, to listen in on teachers during class," said Bundesnetzagentur President Jochen Homann.

According to the regulator, there are several smartwatches on the market in Germany specifically targeted at 5 to 12-year-olds.

Authorities have advised parents to dispose of the watches and retain evidence that they had done so, as keeping devices with such monitoring functions is forbidden by law in Germany.

When a smartwatch becomes a "spy watch"

The regulator emphasized that smartwatches with integrated telephone functions are not forbidden under German law.

Devices cross the line, however, when they have a SIM card and a function that is typically described as a "baby phone function," "one-way conversation," or "voice monitoring."

In these cases, the watch's integrated microphone can be activated using an app where the parents' or another person's telephone number has been previously entered.

Read more: Classic toys in children's rooms throughout the world

After activating the microphone, "all voices and sounds in the watch's surroundings can be monitored without [the wearer of the watch] making a call," Bundesnetzagentur said on its website.

"Neither the watch-wearer nor their conversation partners can notice this," they added.

Devices with these types of monitoring functions are forbidden in Germany. Last year, the regulator banned the doll "My Friend Cayla" for similar reasons, as the toy was vulnerable to hackers who can reveal data from children's conversations with the doll.