The French interior ministry confirmed it has expeled three visiting fans as violence overshadows the start of the Euro 2016. Security has been further ramped up with the potential for more violence this week. 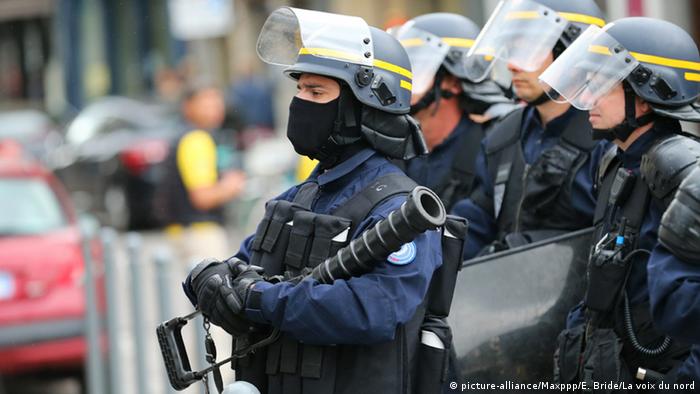 France's Interior Minister Bernard Cazeneuve has instructed local officials to hand out expulsion orders to "all foreign supporters whose behavior disturbs public order" as violence hits many of the host cities at the European Championships.

In the latest incidents of violence in Lille, around 50 German hooligans attacked Ukrainian fans ahead of their group stage encounter on Sunday. Two fans received minor injuries in the clashes, while local authorities were able to control the situation quickly.

French police have arrested 116 people and there are worries about continued violence between Russian and English hooligans, with the sides playing in cities 30 kilometers (19 miles) apart. Fans inside Marseille’s Stade Veledrome on Saturday were forced to flee as Russian fans crossed a security cordon to attack English supporters.

UEFA, Europe's governing body, has also threatened to suspend England and Russia from the tournament, if violence continues. A statement said that punishments include, "the potential disqualification of their respective teams from the tournament."

France has been in a state of emergency since the November attacks, which killed 130 people in Paris. Security has been heightened amid concerns over a potential attack at Euro 2016, which began on Friday.

Speaking about the decision to expel some of the foreign supporters, Cazeneuve said: "Their actions distract the police from their primary mission, which is to protect our country from the terrorist threat."

French sports newspaper L'Equipe reported that 150 known German hooligans have travelled to France, while around 18 from Dresden were arrested as they attempted to cross the border.

The Russian Football Union will most likely be fined by UEFA after Russian fans attacked England fans in Marseille, a Russian minister has said. This comes after one of the worst days of football violence in decades. (12.06.2016)

German citizens who fought with 'IS' under surveillance in Euro 2016

Some 500 Germans who have fought with terrorist group "Islamic State" are under surveillance during the Euro 2016 soccer championship. Germany kicks off its Group C campaign against Ukraine in Lille on Sunday. (12.06.2016)