Finally, the German government has decided to focus on digitalization, four years after three ministries rolled out a joint "digital agenda." But the new chief of digital affairs will have her work cut out for her. 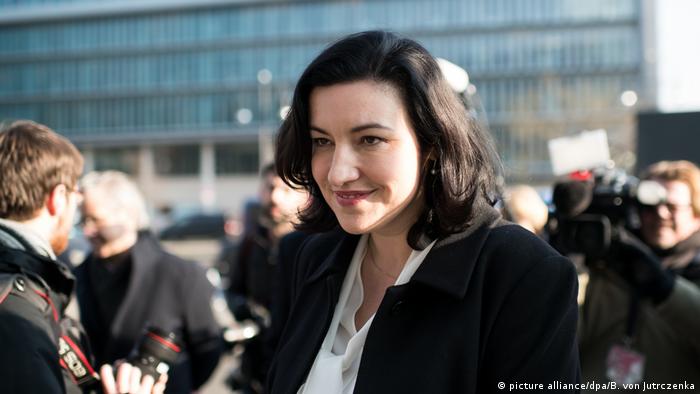 It's almost become a mantra: Chancellor Angela Merkel regularly conjures the word "digitalization," pointing out the importance of faster internet and access in all regions. The term is used abundantly in the new coalition treaty: 93 times on 177 pages. All the same, the government lacks a plan of "how to move to the digital future from the analog present," says Bitkom, the influential umbrella organization of Germany's digital industries.

Not surprisingly, Germany lags behind on the global digitalization scene. The OECD has for years criticized the country's inadequate digital infrastructure, which includes broadband networks. The previous government had pledged creating a faster internet nationwide by 2018. In rural areas, however, only one out of two households has a passably fast internet.

Made in Germany - Digitalization: The Workplaces of Tomorrow

There are various reasons for Germany's halting digital development. On the technical side, the Telekom communications company – former holder of the country's telecommunications monopoly – used vectoring technology to update old copper lines instead of moving straight to fiber-optic infrastructure – which is what it takes to enable gigabit rates that are already standard in many countries.

Then, "digital natives" are not as omnipresent among the higher political echelons, and many senior politicians have tended to completely underestimate the matter. At a news conference with US President Barack Obama in 2013, Chancellor Merkel said "the internet is new territory for all of us." She was referring to internet surveillance, new technologies and risks – but the remark drew quite some ridicule.

Critics say Germany is far too hesitant in building digital policy structures. Parliament created a committee with a focus on the digital agenda in 2013, but it has little clout and can only advise other committees. A new law is usually passed on to several committees at the same time. Only one committee has the final word – and it's never the digital agenda committee. 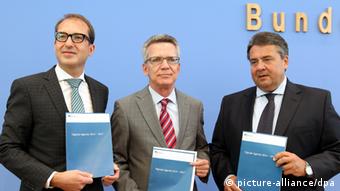 The ministers for digital infrastructure, the interior, and economics were exited to present the "digital agenda," but little action appears to have been taken since it was announced in 2014

Calls in 2013 – when the previous government took office – for the creation of a digitalization ministry or at least the nomination of a senior official for digital matters at the Chancellor's Office were in vain. Instead, three ministries joined forces and came up with a digital agenda manual in 2014.

The Bavarian Christian Social Union's (CSU) Dorothee Bär is set to fill that position, which does not come as a surprise. Where digitalization is concerned, the wealthy southern German state is regarded as a model region. Back in 1998, German President Roman Herzog called the Bavarian shift from an agricultural to a high-tech society the "symbiosis of laptop and lederhose."

Bär, the 39-year-old determined, ambitious and internet-savvy CSU deputy party leader, is set to coordinate all matters internet for the German government. While her budget won't be made public until after the chancellor's vote next week, it appears unlikely she will be granted a large team or major funds. Bär will also not be immediately responsible for the development of broadband connections – that remains a task for the traffic ministry.

Digitalization is much too slow, Bär argues, adding that she aims to help companies and push digitalization in the ministries. She also says she hopes she will be given enough "political leeway" to implement her visions concerning matters that have largely fallen by the wayside until now.

Workplace 4.0 - Who will be left behind?