Bitkom: Digitalization to wipe out millions of jobs in Germany

Millions of workers in Germany will likely lose their jobs and be replaced by robots and AI algorithms by 2023, German IT association Bitkom said in a study. The group urged politicians to take the issue more seriously. 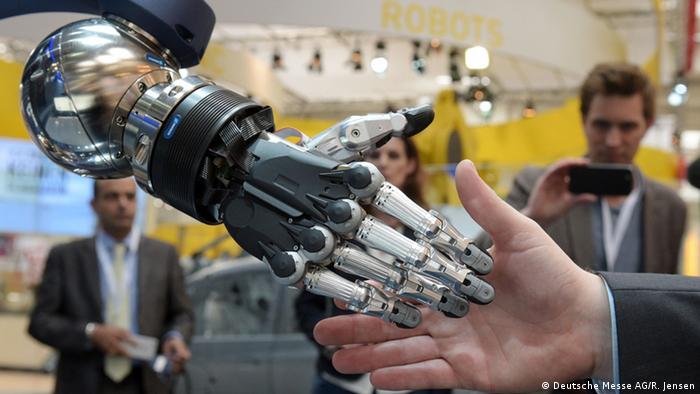 Digitalization is expected to claim some 3.4 million jobs in Germany within the next five years, according to a new study by the IT industry association Bitkom.

The study also predicts that — when it comes to German companies employing more than 20 people — every fourth firm will face the risk of disappearance due to digitalization.

With the labor market performing at near-record highs, Europe's strongest economy has about 44.5 million people who are classified as employed and residing in Germany as of December 2017.

Half of the jobs may grow obsolete

However, Bitkom warned that the good times might be coming to an end. In the article published by the Frankfurter Allgemeine Zeitung on Friday, the organization's head Achim Berg cited the example of the telecommunications industry. The sector was among the first to be transformed by digitalization.

Workplace 4.0 - Who will be left behind?

"We have lost 90 percent of jobs in this sector in just 15 years," Berg told the newspaper, adding that employment at banks and insurance companies as well as chemical and pharmaceutical firms were digitalization's likely next targets.

For example, tax advisors might soon be replaced by algorithms, while 3D printers could create dental molds rather than them being made by human dental technicians. Within the next two decades, according to Bitkom, half of the current job profiles will become obsolete.

The techies who cried wolf?

The German IT association is far from the first group to sound the alarm over the threat that modern technologies pose to the labor market. In the past, development of new technologies also created new professions and jobs to manage the new kinds of machines.

Digital Germany - The robots are coming

Read more: What does digitalization mean for diplomacy?

Also on Friday, the German Chambers of Industry and Commerce (DIHK) rejected the scenario described by Bitkom, calling it alarmist.

Germany is not "running out of jobs," DIHK chair Martin Wansleben said. Instead, the country faces a deficit of highly qualified employees. Wansleben stressed the importance of new business models and continuous education in order to keep up with the times.

Germany's Mechanical Engineering Industry Association (VDMA) responded in a similar fashion, saying that digitalization would be "a job-creating engine" for the country. According to the group, "more jobs will be created than lost by digitalization."

In the Friday article, Berg called on German politicians to pay more attention to the challenges of digitalization. The current talks on forming the next grand coalition focus on issues such as pensions or doctors' salaries, but not on the economy of the future, according to Berg. Germany's largest political parties have so far pledged to revamp the nation's internet infrastructure by 2025. Chancellor Angela Merkel's conservatives have also called for expanding the existing Ministry of Transportation to create the Ministry of Transportation and Digitalization.

Berg said the discussion was "strangely detached from reality."

"At the World Economic Forum in Davos, pretty much every event discussed artificial intelligence," he told the paper. "I have heard way too little about it in Berlin."

Digitalization: The workplaces of tomorrow