Six hours of top-level talks to forge a German coalition government have stalled over refugee issues. Negotiators adjourned at two in the morning saying only they were "determined to find solutions." 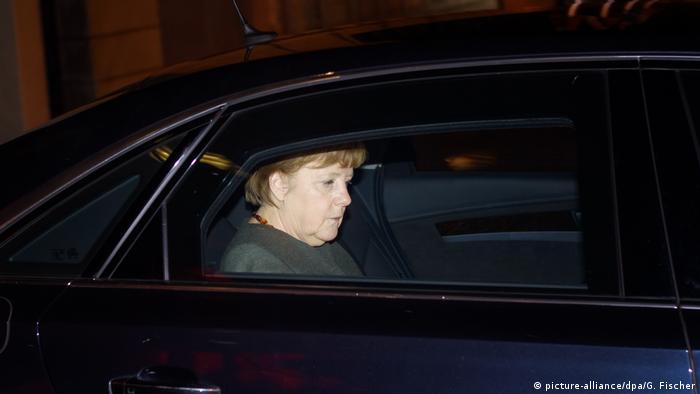 In what was portrayed as a joint statement, Grosse-Brömer said "all sides" were "determined to find solutions."

A Social Democrat (SPD) source quoted by Reuters said "squealing" summed up the tone of Sunday night's talks, with the three parties still at odds on a SPD call to allow relatives abroad to join refugees granted subsidiary protection status. The unusual description is taken from a speech by SPD parliamentary leader Andrea Nahles, who promised at a recent party congress that the SPD would negotiate at coalition talks "until the other side starts squealing."

The issue had been forwarded to "expert level," a reference to working groups drawn from the three parties, that had also consulted throughout the weekend.

Alongside refugee policy, however, key disagreements also remained on labor policy and health insurance — following policy changes demanded at an SPD party conference in Bonn a week ago that handed Schulz only a narrow go-ahead to seek a further grand coalition.

Renewed failure could force Merkel to head a risky minority government or trigger a second German federal election only months after last September's federal poll that left the conservatives and SPD with heavy losses.

Germany was stunned in November by the unusual collapse of a post-election coalition bid — intended between Merkel's conservatives, the opposition liberal Free Democrats (FDP) and opposition Greens.