Germany's leading council of economic experts says that the current rules governing work are obsolete and inflexible. But if the labor code is rewritten, will working people lose crucial protections? 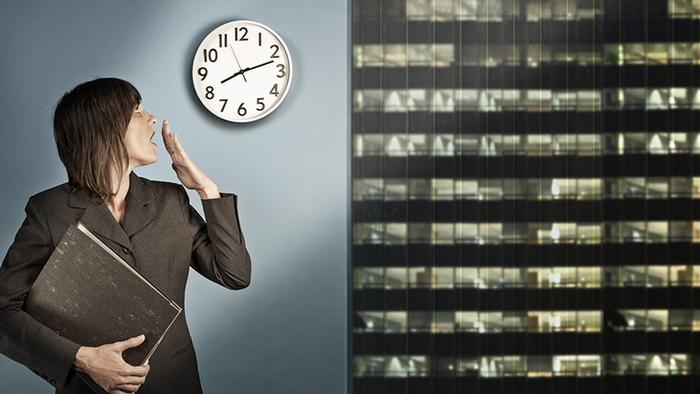 The German Council of Economic Experts says that the country's Working Hours Law is out of step with the times and that the concept of a normal work day should be fundamentally "loosened."

"The idea that you begin your working day in the morning in the office and end it when you leave the company (in the late afternoon) is outmoded," Council Chairman Christoph Schmidt told Germany's Welt newspaper. "Worker protection legislation has been effective in Germany, but parts of it are unsuited to our digitalized working world."

In Germany, employers are prohibited from making most employees work more than eight hours a day, although there are a host of exceptions. Working people also have to be given a 30-minute break after six hours of labor and at least eleven hours of rest time in between workdays. 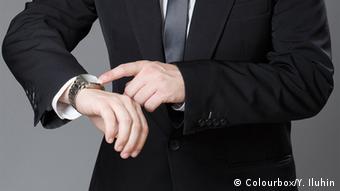 That, says the five-member council, is too restrictive for employers. In its annual report, issued last Wednesday, the economic experts called for working hours to be capped at 48 per week rather than at eight per day and to allow for more exceptions to the eleven-hour rest-period rule. They also rejected calls for working hours to be shortened, calling them "inappropriate in view of the increasing shortage of skilled workers due to demographic change."

The Working Hours Law is one of the issues being discussed in the ongoing negotiations to form a so-called Jamaica coalition between Union conservatives, Greens and the business-friendly Free Democratic Party (FDP).  Angela Merkel's CDU-CSU and the FDP favor loosening regulations to benefit employers while the Greens stress flexibility to improve employees' lives.

Employers associations have long argued for a revision of the Working Hours Law while unions across the board have always rejected it as an attempt to squeeze more labor out of workers. The fact that the eight-hour workday is something of a sacred cow in Germany, as it is in many other countries, has to do with history. 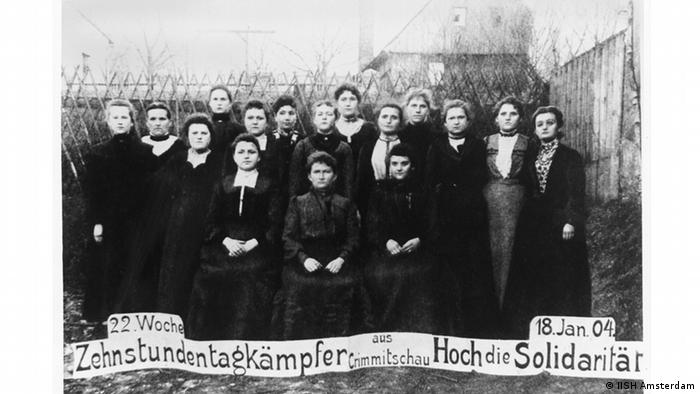 In preindustrial societies, especially those heavily dependent on agriculture, the seasons were a main factor in determining what constituted a working day. Farmers, for instance, worked far longer hours in summer than in winter.

In the early days of industrialization, workers in the first factories could labor 10 to 18 hours a day, six days a week. But in 1817, British social reformer Robert Owen started a campaign to institute "eight hours labor, eight hours recreation, eight hours rest." It would more than take a century for Owen's demands to be met — in Britain and elsewhere in the Western world.

Demands like Owen's began earlier in the United States, but it wasn't until 1937 that the eight-hour workday was standardized.  The Ford automotive company was at the vanguard of this movement, cutting its workers' daily hours in 1914. Contrary to what many people expected, the move increased Ford's productivity, which encouraged other companies to follow suit.

In the various states of what is now Germany, some people worked between 14 and 16 hours a day, and 80 to 85 hours a week, between 1830 and 1860. Around the turn of the century, a number of major companies including Bosch and Bayer instituted the eight-hour work day, and it was decreed the norm in 1918 at the tail end of World War I, although Saturdays were considered work days. It took until the 1970s for the vast majority of employees to be guaranteed a 40-hour work week in the Federal Republic of Germany.

More or less work in the digital world? 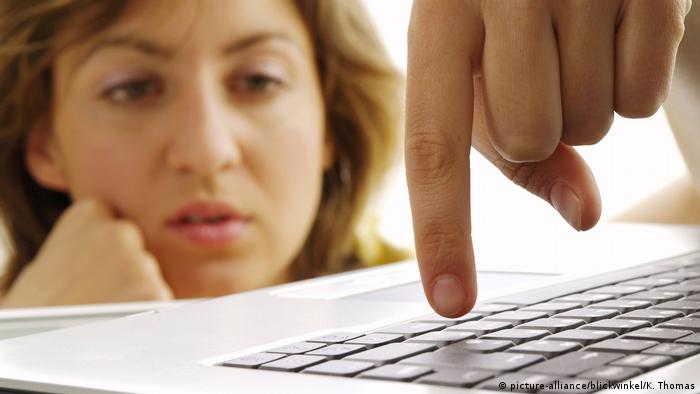 Is this achievement of the labor movement under attack? Some critics contend that even without a loosening of labor laws, more and more Germans are already working longer hours as a result of the digitalization. There are arguments for and against this contention.

In 2016, the Organization for Economic Cooperation and Development (OECD) estimated that the average employed person in Germany worked fewer hours a year than in any other member state. Moreover, those numbers have been steadily declining. However, there are a number of variables that affect all statistics concerning working hour averages and which, in turn, can affect country comparisons.

Also unclear is the effect that digitalization itself is having on the hours people work and how happy they are about it. On the one hand, everyone agrees that digital means of communication have allowed both employers and employees to become more flexible about when and where people work.

On the other, the omnipresence of mobile phones means that, theoretically, employees can be "on call" round the clock. Email and social media have also added to the tasks which many workers are required to perform — and which can be done from home in what is nominally those workers' time off.

Not all jobs conform to the rules 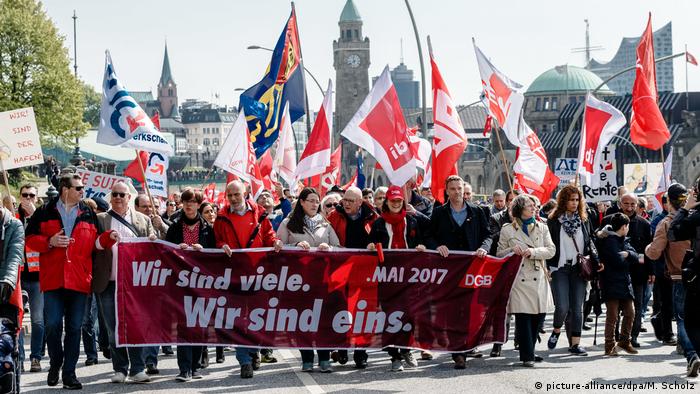 The rules laid out in the Working Hours Law may stipulate eight hours as the norm, but the reality on the ground in Germany doesn't necessarily conform to that. The Federal Office of Statistics says that last year Germans worked 772 million hours of paid and 947 million unpaid hours of overtime. It's unclear whether both these calculations are included in any other available statistics concerning average annual working hours.

Moreover, the standard statistics and legal restrictions don't apply to those defined as self-employed, who make up at least ten percent of the German work force. Germany's Federal Office of Statistics says that in 2016 more than half of these people worked more than 48 hours a week and worked on weekends.

Employers associations acknowledge that many Germans are working over legal limits, but blame shortages of skilled workers. Labor advocates are upset particularly about levels of unpaid overtime.

"One billion unpaid — that's nothing other than wage theft perpetrated on employees by employers," DGB chairman Reiner Hoffmann told the ARD news broadcaster.

Anticipating the Council's recommendation, the DGB rejected any loosening of the Working Hours Law back in June. And as if to illustrate how far apart employers and employee are on the issue, the metalworkers union IG Metall, Germany's largest trade union, says it will ask the right for workers to scale back their hours to 28 per week when the latest round of collective bargaining with the industry begins on Wednesday.