German authorities have seized a record amount of smuggled heroin at the German-Polish border. The drugs were said to be worth upwards of €50 million on the street. 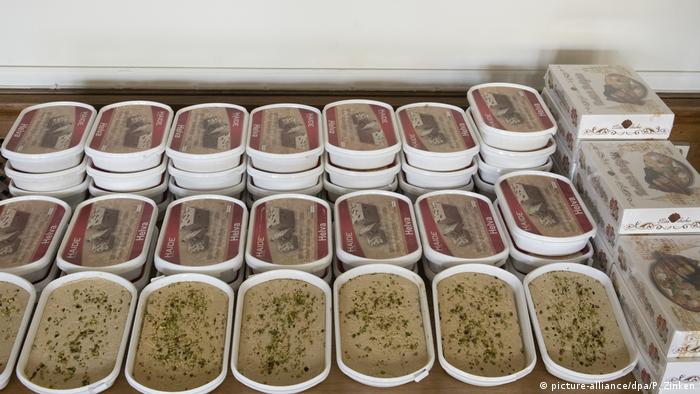 German authorities confiscated 670 kilograms (1,477 pounds) in a truck coming from Poland into Germany, a customs investigation officer said in Berlin on Tuesday.

The drugs were discovered on the night of May 31 to June 1 in Frankfurt (Oder), a city directly on the German-Polish border, in a truck originating from Kyrgyzstan, the city's public prosecutors office said. The heroin was disguised as Turkish sweets, with 532 packages containing 1.3 kilograms each.

Authorities said the drugs probably came from the Afghanistan region and were destined for Belgium. It is the largest amount of heroin ever discovered in Germany, with an estimated street value of €40-50 million ($45-56 million).

"This pickup stands out from everything. We have not yet been able to find anything comparable," said the head of the customs investigation.

Tip from the Netherlands

The 63-year-old Turkish driver of the vehicle, which had a Georgian license plate, has been taken into custody on suspicion of importing large quantities of drugs, authorities said. According to investigators, the driver said he had no knowledge of the drugs.

German authorities received a tip from Dutch investigators about a Dutch-Turkish gang, after which the truck was specifically searched.

In 2014, investigators in the western state of North Rhine-Westphalia discovered 330 kilograms of heroin. Large quantities of cocaine from South America are often found in Europe hidden in shipping containers.