A new survey has revealed that most Germans believe the influx of refugees will not provide an economic boost. So far in 2015, Germany has taken in more than twice as many refugees as last year. 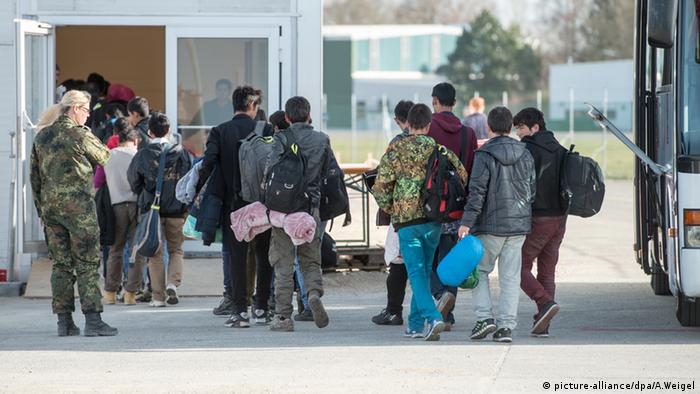 Only 16 percent of those surveyed agreed with the statement "the influx of refugees will result in more economic opportunities than problems for us," according to the survey conducted by the Ipsos Institute on behalf of the Hamburg researcher Horst Opaschowski.

The percentage of Germans who believe "Germany will gain recognition in the world by accepting so many refugees" was only slightly higher at 20 percent.

The survey also showed that a majority of Germans - 56 percent - believe the country is not up to the challenge of dealing with the influx. In small towns of less than 5,000 people, this figure rose to 66 percent.

Amid the sharp spike in refugees in Europe in 2015, German policy is crafted on Chancellor Angela Merkel's "we can manage" approach.

Statistics from the German Office for Migration and Refugees (BAMF) indicate that through November 2015, Germany had seen more than double the number of refugees of last year. The figures also show that a third of all asylum seekers in Germany came from Syria in 2015.

The findings on German sentiment on the refugee crisis come after another survey released last week showed that some 50 percent of those surveyed were looking at the coming year "with great skepticism and mixed feelings." Only 27 percent had said this ahead of 2015.

Similarly, only 18 percent of the 1,000 respondents said that they viewed the coming year "with great confidence and optimism," compared to 45 percent a year ago.

"The mood's tipping. The German angst is coming back," researcher Horst Opaschowski concluded.

After months of pot-shots at the chancellor, Christian Social Union leader Horst Seehofer has pledged support for Angela Merkel, but he still wants a refugee cap. Kate Brady reports from the CDU conference in Karlsruhe. (15.12.2015)