Two studies have found that around half of Germans are fearful when looking to the future. One of the reports' directors cited terrorist attacks and humaniarian crises as possible catalysts for the rise. 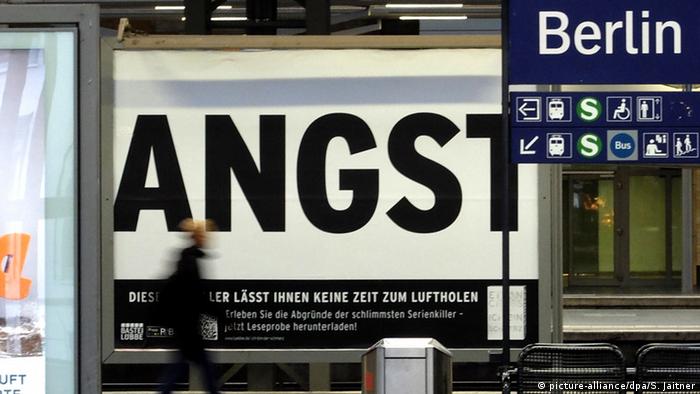 A poll conducted by by the GfK research institute on behalf of the British American Tobacco's Foundation for Future Studies in Hamburg found that more than half of Germans surveyed were worried about the future.

Figures released from Germany's Statistics Office indicate the fertility rate is at a post-reunification high. In 2014, a fertility rate of 1.47 children per woman in Germany was recorded.

Some 55 percent of those interviewed said they were filled with uncertainty when looking towards 2016, a significant increase from 31 percent at the end of 2014, and 28 percent in 2013. The research institute conducted in-person interviews with some 2,000 Germans between November 6 and 20.

The foundation's scientific director Ulrich Reinhardt said the study showed a return of "German angst" - a term used to stereotype the nation as worrisome.

A separate study by the Ipsos-Institute, also in Hamburg, some 50 percent of those surveyed were looking at the coming year "with great skepticism and mixed feelings;" only 27 percent had said this ahead of 2015. Similarly, 18 percent of 1,000 participants responded that they viewed the coming year "with great confidence and optimism," compared to 45 percent a year ago.

"The mood's tipping. The German Angst is coming back," researcher Horst Opaschowski said.

"The current humanitarian crisis and the growing fear of terrorist attacks have unsettled the population, which is casting doubt on a positive future," said Reinhardt, commenting on the GfK report.

"The German economy is robust and all forecasts for the coming years show stable economic growth. Nonetheless, the population is worried about a negative development. In particular, workers fear they may not be able to maintain their standard of living and expect additional burdens," Rheinhardt said.

The expected arrivals of more than one million refugees to Germany, alongside terrorist attacks in Paris this year, likely contributed to the rise of a downcast German outlook for next year.