Despite the COVID-19 pandemic, Trump tops the list of things Germans fear the most, a new survey found. But in a twist that surprised researchers, Germans reported feeling less scared overall than they've been in years. 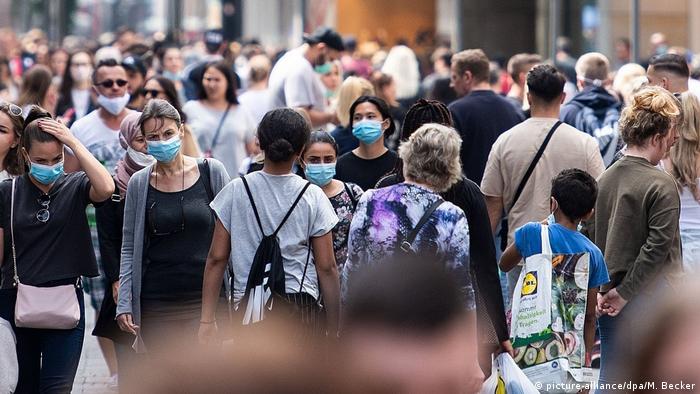 The results surprised even the researchers.  For the past 28 years, an annual survey into the fears of people living in Germany has been carried out on behalf of R+V, Germany's largest insurance firm. And now somehow in 2020, the year of the coronavirus pandemic, Germans turn out to be less afraid than they've been in decades.

Of course, they are wearing masks in public and are cautious, but only a few are afraid of contracting COVID-19. That's one of the reasons why this year's so-called fear index fell from 39 to 37%, the lowest value since the survey began in 1992.

"Germans are not reacting to the pandemic by any means with panic," Brigitte Römstedt, head of the R+V Infocenter, told DW. "Many of the worries seem to be subsiding."

People have the feeling that "we have everything under control and we can handle this," Römstedt explained. That attitude is different to what it was a few years ago when war, terrorism, immigration, and extremism were among the Germans' biggest fears.

For the study, some 2,400 men and women in Germany aged 14 years and older were surveyed. Between the beginning of June until the end of July this year, researchers asked people about their greatest political, economic, personal, and environmental fears.

What they found was that Germans are relatively unafraid of the current pandemic. Only 32% (the year before it was 35%) said they were afraid of falling sick with a serious illness, despite this coronavirus-dominated year.

"Similarly, only around one in three of those who were surveyed fear that they or others in their social circle could be infected with the coronavirus," Römstedt said. A similar finding was made at the beginning of this month by the Deutschlandtrend survey.

Economic impact scarier than virus itself

Despite the rising number of infections and the awareness of the dangers of the coronavirus, people in Germany are staying fairly relaxed. Only 42% of those surveyed fear that globalization could lead to more frequent pandemics in the future.

"Given the rapid spread of the virus worldwide, we had expected higher figures. According to our findings, people are much more afraid that the virus could threaten their economic well-being rather than their health," Römstedt said. 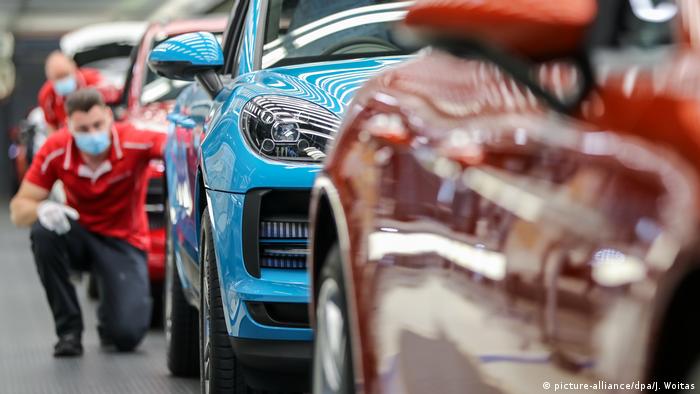 The German car industry has taken a hit in the coronavirus crisis, which leads tens of thousands of workers across the industry to fear for their jobs.

The economic forecasts for 2020 appear to be gloomy. An economic downturn is on the way, with some even talking of a deep recession. According to German government estimates, the country's gross domestic product will shrink by around 6% this year. This will of course have an impact on the overall mood in Germany.

Economic fears and possible job losses are again at the top of this year's fear index. Concerns about the rising cost of living came in at second place with 51%.

The results did not come as a surprise for Professor Manfred G. Schmidt, a political scientist at the Ruprecht-Karls University in Heidelberg. He has been advising the R+V insurance company for years and helping with the evaluation of the annual study.

According to Schmidt, one uncertainty continues to hover in the minds of many in Germany: "The fear that a second coronavirus infection wave could lead to a further and even deeper economic slump contributes to the widespread uncertainty of the future of the economy."

There's also concern about unemployment. Although this fear "only" ranks 13th out of 20 on the list, around 40% of Germans fear unemployment could spike — and increase of 12% from the previous year. Angst index 2020: Nothing and noone terrifies Germans as much as Donald Trump

On November 3, US voters will head to the polls to elect a new president or re-elect the old one. For many Germans, a second term for US President Donald Trump would probably be a nightmare.

Trump ranks number one this year on Germans' list of fears at 53%. The US president has topped the R+V fear scale as early as 2018.

Schmidt sees these concerns as "justified," pointing to the trade war with China or verbal attacks on even allied countries like Germany.

Political topics, which have caused great anxiety among Germans in the past, are losing importance, according to the survey.

Worries about the topic of immigration have dropped the most, falling by more than 10% to their lowest level in five years. In 2020, 43% of the people surveyed said they worried that a continued influx of foreigners could lead to tensions between Germans and the new arrivals. The year before, that figure was 55%.

The number of people concerned that the German state could be overwhelmed by the number of refugees also dropped from 56% to 43%.

The results also revealed another surprising twist: Germans have more confidence in politics and politicians again. Only around 40% of Germans said they currently worried that politicians are not up to their job — the lowest number recorded in this millennium.

According to the authors of the study, this has to do with general satisfaction with the German government's crisis management during the coronavirus pandemic.

Römstedt put it this way: Politicians are "still not star pupils, but they're moving up."