Breast cancer kills more women globally than any other cancer. Doctors in Germany say they've now developed a new test that can accurately detect cancer in the blood. 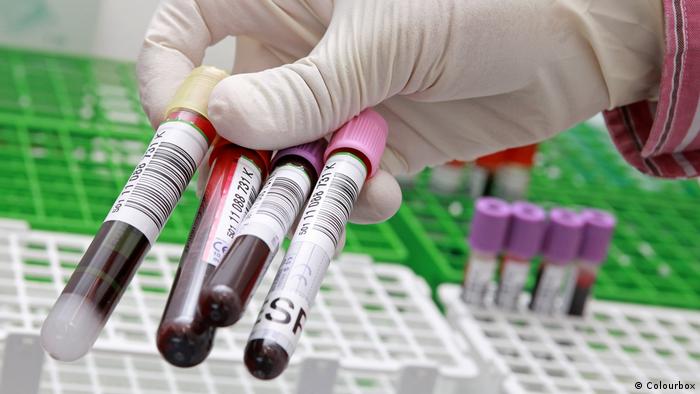 Note from the editors: Since the publication of the following  article, scientists, including those from the University of Heidelberg, have raised serious doubts over the validity and accuracy of the blood test. The main concern are false positive tumor results, which are reported at a rate as high as 46 percent. This would mean that almost every other healthy woman would receive a false tumor diagnosis, the independent economic research institute RWI Essen reported as part of their "unstatistics" project.
In April 2019, the University of Heidelberg reported the case to the prosecutor's office for further investigation of possible fraud.

In 2018, about 627,000 women in the world died from breast cancer. That made up 15 percent of all cancer deaths for the year, according to the World Health Organization (WHO).

Now it is hoped that figure may drop in the future, as German researchers have developed a test to improve early breast cancer detection.

Medical researchers at the Heidelberg University Hospital in southern Germany say they have created a blood test that can reliably pick up whether a patient has breast cancer.

The test, called HeiScreen, can detect cancer in the blood even before it becomes visible to current scanning technology, Christof Sohn, managing medical director of Heidelberg University Women's Hospital, who led the research, said in a statement.

Early diagnosis is crucial to bringing down breast cancer death rates and ensuring patients get timely treatment. With early detection, patients have a 95 percent chance of fully recovering.

The test is not designed to completely replace conventional forms of diagnosis, however. Currently, the main screening methods for breast cancer are mammograms, ultrasounds and MRI scans.

HeiScreen, the researchers say, will complement these existing methods while being "much less of a burden on women" because it isn't painful, costs less and comes without exposure to radiation. They say it can also be used to detect ovarian cancer.

The blood-based test also offers a viable alternative for people who have dense mammary gland tissue and can't get effective results from mammograms, as well as for those who can't undergo traditional forms of clinical examinations for medical reasons.

Only a few milliliters of blood are needed for the test, which can be carried out by general practitioners. Researchers are hoping the non-invasive procedure will encourage more women to be tested. 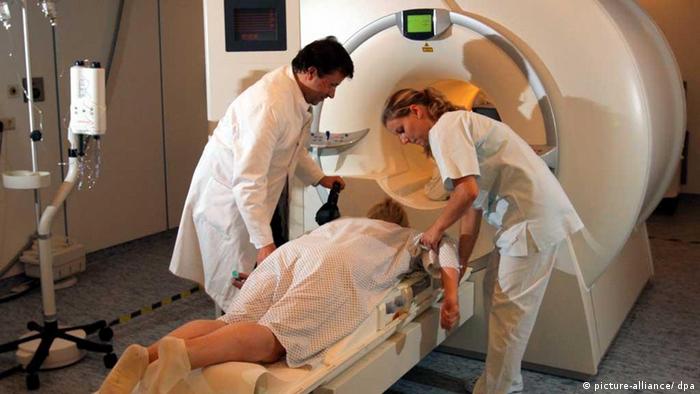 Based on a liquid-biopsy procedure, the test isn't a new way of detecting cancer, but Heidelberg researchers have refined the method specifically for detecting breast cancer. In the last 12 months, they have examined about 900 women – 500 of whom were breast cancer patients and 400 healthy patients.

The biggest advantage of the blood test, Sohn said, was that it reacts very sensitively, especially in women under 50. For young women, the procedure has an 86 percent accuracy rate. In patients over 50, the accuracy rate drops to 60 percent.

As well as testing for cancer, HeiScreen could also be developed for use in detecting metastases or recurring cancers in the future, and in long-term monitoring of cancer treatments. It is expected to be released onto the market later this year.

Researchers in Australia and the US have also been working on a blood test for cancer called CancerSEEK. It has a reported accuracy rate of 70 percent, detecting eight different types of cancers.

Scientists have developed a picture of the genetic events that cause breast cancer. The largest study of its kind is a 'milestone' in terms of its potential to unlock new ways of treating and preventing the disease. (02.05.2016)