Metastases are often more dangerous than the primary tumor that gives rise to them. They are responsible for 90% of all cancer deaths. Here are the most important facts on these deadly ‘sleeper’ tumors. 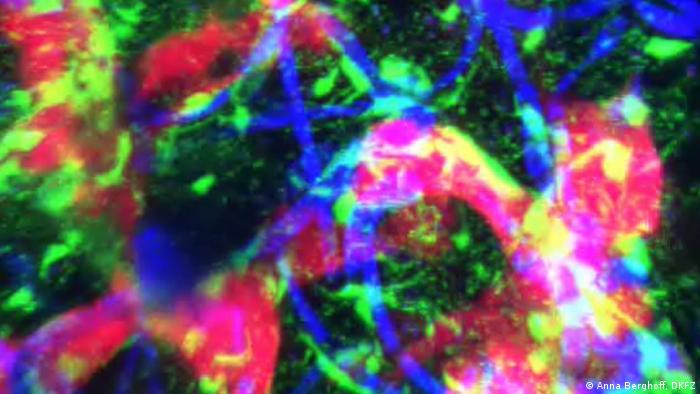 Created by cells released by the primary tumor that have been transported to other organs or body parts, metastases – secondary cancer growths that spread through the body – are often viewed as its ‘deadly offspring'. At these secondary sites, the cells proliferate and grow into dangerous metastatic tumors.

"Usually cells have their dedicated place in the body – they don't migrate,” explains Susanne Weg-Remers from the German Cancer Research Center in Heidelberg. "But malignant cells from solid tumors can in some instances cross anatomical boundaries. Those malignant cells then invade other environs and destroy the surrounding tissue.”

When the malignant cells enter the bloodstream or lymphatic system, they are transported throughout the body, and can dock onto and enter tissue in other areas. Once there, they establish themselves and begin to divide, eventually turning into metastases. Those metastatic tumors are no longer localized, meaning they can spread elsewhere in the body and can no longer be controlled.

Under what conditions do metastases form?

Cancer begins when the DNA in previously healthy cells changes during the course of life. That gives rise to cells with new characteristics. For example, growth behavior can change. Cells can begin to divide in an uncontrolled way, and no longer heed the body's signals to stop.

To host a metastasis, a particular location in the body has to fulfil a range of conditions. The malignant cells need access to the circulatory system. "The cells have to stimulate the growth of blood vessels in the area. These have to penetrate the newly-forming tumor to ensure it's hooked up to the bloodstream,” says Weg-Remers. The vessels supply the forming metastasis with blood that carries oxygen and nutrients, allowing the cells in it to multiply. 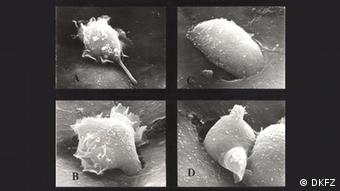 Types of cancer that frequently metastasize

Lung cancer is one type of carcinoma that has frequently already metastasized by the time an initial diagnosis is confirmed. Pancreatic cancer, liver cancer and bile duct cancer are also very aggressive forms of the disease. One big problem with these conditions is that sufferers rarely have any physical complaints until the cancer has progressed significantly. "They're often only recognized when the metastases have already formed. At that point, the cancer is no longer curable,” explains Weg-Remers.

Cancer treatments are most successful when the tumor is confined to a single location and surgeons can remove it without causing potentially life-threatening damage. That is what makes brain tumors a challenge to treat. While they are usually confined to the brain, complete surgical removal is often difficult.

Primary brain tumors grow directly out of the organ's tissue or the surrounding connective tissue, and only rarely metastasize. When they do, the metastases appear in the areas filled with cerebrospinal fluid, a liquid that surrounds and cushions the brain.

Even though they so seldom metastasize, brain tumors still often prove deadly when vital functions in the brain are affected. Many brain cancers are also secondary tumors, meaning cancers that have spread from other parts of the body. "The brain apparently offers good docking opportunities for metastases,” says Weg-Remers. "The molecular mechanisms that play a role in the process are the subject of ongoing studies.” 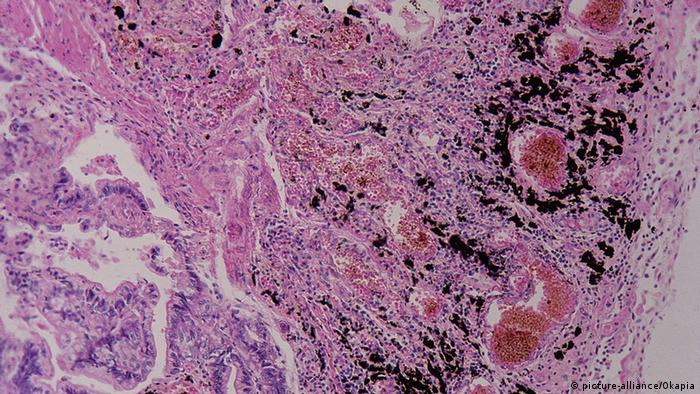 Often, metastases form in the lungs

Metastases and their preferred organs

Although brain tumors rarely metastasize, other types of cancer – such as lung cancer – can spread to the brain. Breast cancer on the other hand often spreads to nearby lymph nodes. When breast cancer metastasizes, it often affects the bones, lungs or liver.

Prostate cancer also often metastasizes to the bones and lymph nodes, and at times to the liver or lungs. Metastases from bowel cancer often spread to the peritoneum or lymphatic system.

Is slowing metastasized cancer the only option? Or can it be stopped?

Once metastases have appeared, the progression of the disease can generally only be slowed.

Researchers are working hard to clarify the mechanisms behind metastasis. Many scientists believe that in order to develop new treatments, we first have to fully understand the docking mechanism used by cancer cells to gain a foothold elsewhere in the body, as well as how the tumor ensures a steady supply of blood.

Many of the interactions that take place between cancer cells and cells in the surrounding healthy tissue remain unexplained. "For example, the body produces a range of hormones that eventually cause reprogramming in the surrounding blood vessels,” explains Weg-Remers. "When researchers are able to trace and understand these mechanisms, that will likely open the door to new therapeutic approaches.”

In a rush and thinking of popping that packaged frozen dinner into the microwave? Maybe it's time to think again. Highly processed food ups your risk of overall cancer by a "significant" amount, finds a new study. (15.02.2018)

EU clamps down on cancer-causing substances in the workplace

Stricter rules on carcinogenic substances at workplaces have been adopted by the European Parliament. It's added 11 carcinogens to a 2004 directive in a bid to save 100,000 lives across the EU within five decades. (25.10.2017)