The future isn't far off, according to US researchers: doctors will soon be able to detect cancer and locate tumor cells just by examining one blood sample. But is this new screening method as good as it sounds? 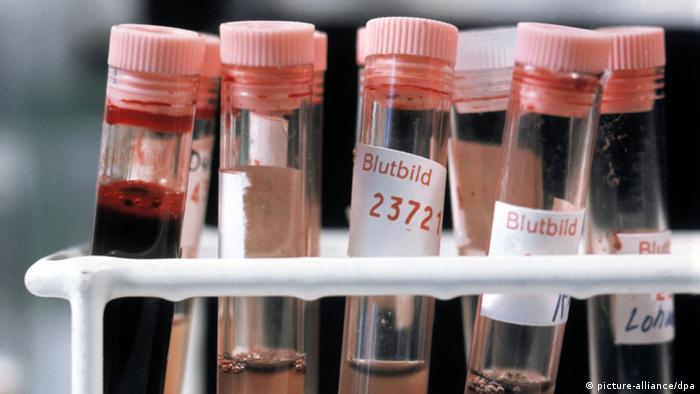 Cancer of the ovaries, liver, stomach, pancreas, esophagus, colon and breast - one single blood test, experts hope, could soon be enough to detect a tumor wherever it may be. Perhaps even more impressive: the test looks for cancer in its early stages, even before a patient has shown any symptoms, and before the tumor has had a chance to spread. Scientists hope that this will help to avoid cumbersome forms of treatment such as chemotherapy — an operation may be enough to remove cancer from the body. This could help save lives.

Too good to be true? For years now, scientists have been researching "liquid biopsies," or the possibility of detecting tumor cells through DNA in the blood, rather than in the tissue. This sort of screening process could be easily integrated into a routine health checkup. Scientists from the Johns Hopkins School of Medicine in Baltimore, USA, published the research in the Journal "Science" and introduced the new test, referring to it as CancerSEEK.

Of comets and canines: transferring technology from space to 'sniff' out cancer

When cells in the body become cancerous, genetic changes take place. More often than not, the cells mutate in a way that causes to them to grow uncontrollably. If a tumor cell dies, parts of it often end up in the bloodstream. Cancer-related genes and proteins can then be detected in the blood.

This forms the basis of the newly developed test: CancerSEEK screens blood for eight proteins and 16 genetic mutations that are characteristic of cancer cells. 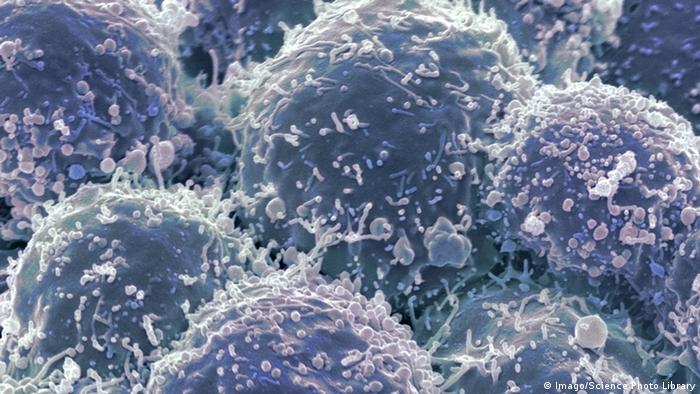 According to Joshua Cohen, the lead author of the study, the scientists focused on a specific set of tumor markers: "Keeping the mutation panel small is essential to minimize false-positive results and keep such screening tests affordable."

Researchers are hoping to keep the cost of the test down to 500 dollars. While the technology looks promising so far, it will take a while until the detection method becomes part of routine check-ups.

The scientists examined blood samples from 1,005 patients with cancers of various stages. CancerSEEK was able to reliably identify cancer in 70 percent of cases. This means that almost one third of tumors remained undetected.

The sensitivity was lowest for breast cancer, which was only detected in one out of three cases.

In the cases of ovarian and liver cancer, however, the test proved itself very reliable: 98 percent of these tumors were detected through the screening. Furthermore, for five of the cancers for which CancerSEEK's sensitivity was high, there is currently no other screening available.

This, in itself, is a big development. For the early detection of colon cancer, however, conventional colonoscopies are already doing a sufficient job.

The scientists also used the test on more than 800 healthy people to determine its rate of false-positives — a further crucial feature of cancer screening. Seven individuals — less than 1percent — were identified as positive incorrectly. 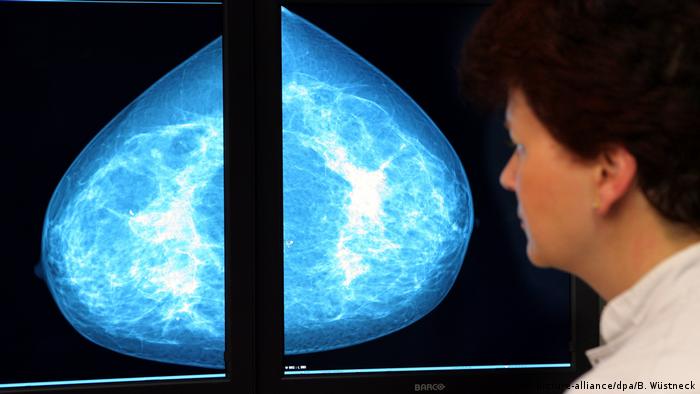 Still, cancer experts caution against expecting too much from the test.

The test was found to be less reliable at identifying early stage tumors: less than half of all early cancers were detected. If CancerSEEK can only reliably identify advanced cancer where symptoms are already showing, it is not very useful as a screening test.

"Detecting cancer at an early stage is crucial to providing early treatment and saving lives," says Klaus Pantel from the Center for Experimental Medicine at the University Medical Center Hamburg-Eppendorf.

"The results of the study will certainly stimulate further development of blood tests for the early detection of tumors," said Pantel.  "They point to difficulties that persist despite considerable methodological efforts."

Pantel coined the term "liquid-biopsy" with his colleague Catherine Alix-Panabieres in 2010. 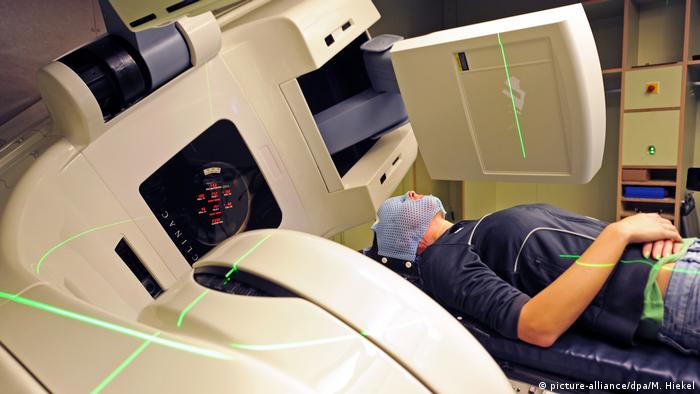 The hope for the new cancer screening is to catch tumors early so they can be surgically removed, helping patients avoid harsh treatments like radiation

Experts also fear that the rate of false-positives could be much higher in reality than the study showed. Their reasoning is that the scientists excluded people with chronic illnesses from the control group. But one of the proteins detected by the test is often found in the blood of patients with inflammatory diseases.

Many people would presumably have to undergo unnecessary follow-up tests due to false-positive results.

"A test does not have to be perfect to be useful," Nickolas Papadopoulos, professor of oncology at the Johns Hopkins University School of Medicine and author of the CancerSEEK study, told the Journal "Nature."

Co-author Bert Vogelstein added: "If we are going to make progress in early cancer detection, we have to begin looking at it in a more realistic way."

The follow-up study has already begun. The Geisinger Health System in Pennsylvania, together with Johns Hopkins University, is testing CancerSEEK on 50,000 women between the ages of 65 and 75 who have never been diagnosed with cancer.

The question is, however, whether the test will prove reliable in a real-world environment by detecting cancer in women that are sick but don't know it yet.

If it proves successful, we might see CancerSEEK being used by doctors around the world in the years to come.

A German pharmacist has gone on trial accused of preparing watered-down cancer medications for reasons of financial gain. The affair is one of the biggest medical scandals in Germany in decades. (13.11.2017)

Researchers have said only half of the cancer drugs approved by European regulators in the past few years have shown to help patients. Many of the drugs were approved without any conclusive evidence of their efficacy. (05.10.2017)