A German pharmacist has gone on trial accused of preparing watered-down cancer medications for reasons of financial gain. The affair is one of the biggest medical scandals in Germany in decades. 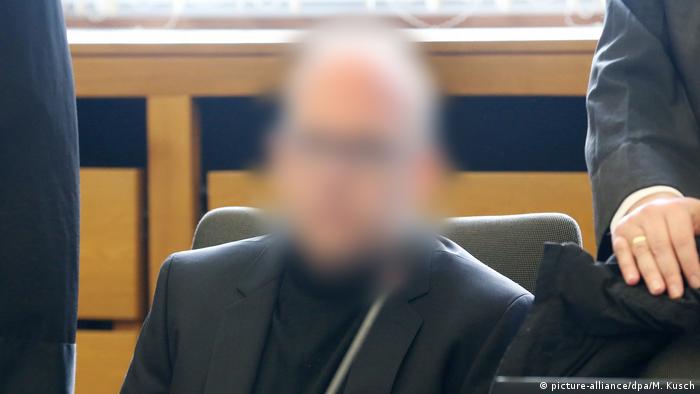 A court in the western German city of Essen on Monday began the trial of a pharmacist accused of having endangered patients and causing huge financial damage to the health system by mixing thousands of doses of cancer drugs with too few active ingredients.

The 47-year-old man, identified only as Peter S. in accordance with German privacy laws, is facing charges of having violated Germany's medicinal products law in 61,980 cases between 2012 and 2016.

He is also accused of 27 counts of attempted bodily harm, and fraud.

Prosecutors say that the defendant, who worked in the town of Bottrop in Germany's industrial Ruhr district, claimed the full costs for preparing the medicines from public health insurance companies while skimping on the ingredients. They say he caused the companies some €56 million ($65 million) in financial damage over 59 months.

Thousands of patients in six German states are also thought to have been affected.

The Essen-born man was arrested in November 2016. If found guilty, he could face a prison sentence of up to 10 years and lose his license to practice as a pharmacist.

Ahead of the trial, the health minister of the state of North Rhine-Westphalia, where Bottrop is situated, called the suffering of those affected and their loved ones "unbelievably great."

"Of course, those who are possibly affected by the scandal and want to know if that is the case have a right to find out," Karl-Josef Laumann said, adding that the City of Bottrop had set up a hotline for patients.

However, under data protection laws, it was not possible to inform those who might be affected and hadn't yet heard of the scandal, he said, adding that doing so might also cause unnecessary anxiety to those who had received correctly dosed drugs.

The trial is expected to run for 14 days.

A court in Spain has ruled that German pharmaceutical company Grünenthal must compensate people born with birth defects in the 1960s due to the drug thalidomide. The company must pay at least 20,000 euros to each victim. (20.11.2013)