Age spot, birthmark or skin cancer - what exactly is the difference? And when should I have my skin examined more thoroughly by a professional? DW takes a look. 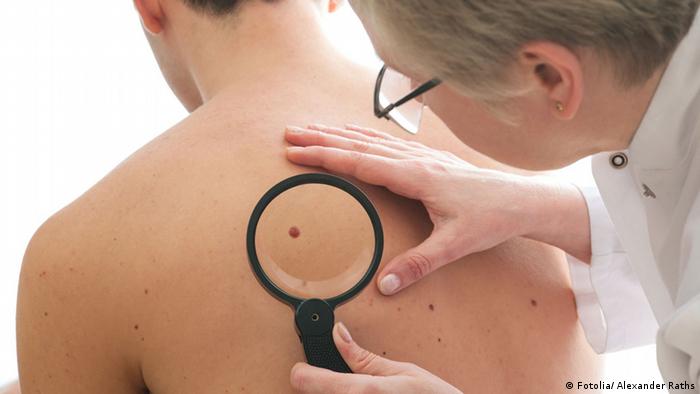 In the Middle Ages, some people believed that the dark spots on the skin of a baby emerged when pregnant women had unsatisfied sexual cravings. Today, centuries after this medieval myth, the dark spots are far better understood.

Beauty spots are in essence local proliferations of pigment cells - a malformation of the skin. Mostly, they are darker than the tissue around them. They emerge for a variety of reasons: In some cases, people have a genetic predisposition, but also the exposure to sunlight or medical substances can trigger the emergence of the spots. Also, a weakened immune system or changes in the hormonal balance can cause them, like in puberty or pregnancy. What remains unknown, however, are the precise cellular mechanisms behind their growth.

Who has beauty spots?

Both light and dark skinned people have them. On average, human beings with light skin have 20 beauty spots, while people with dark skin generally have less. The size and color of the spots can differ greatly. Babies are usually born without any beauty spots, but during the years they tend to emerge. 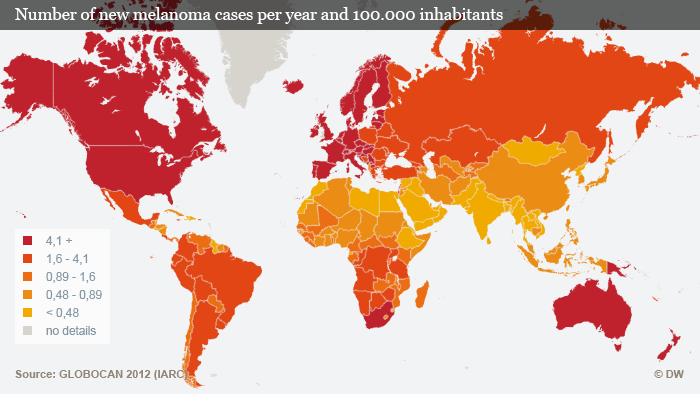 Can beauty spots make you sick?

In most cases, beauty spots do not pose a threat, and most people will never have problems with pigment spots throughout their life. However, if beauty spots are exposed to excessive sunlight or ultraviolet light, the cells can mutate into cancer cells. Therefore, it is recommended that these are checked regularly - at least once every three years - depending on age and skin condition.

Are some people more threatened than others?

Everybody can develop skin cancer from mutating beauty spots. Three factors play a role in this. First: skin color. People with light skin are more prone to skin cancer than people with dark skin. Second: the number of beauty spots. The more spots, the higher the likelihood they will become malignant. 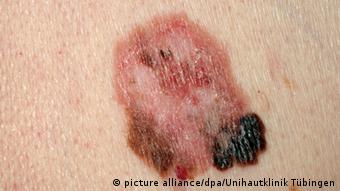 Third: geographic location. Those who expose their skin to a lot of UV light increase their risk of skin cancer. The highest known rate of skin cancer is in Australia. Here, all three factors come together. The population is mostly light-skinned Anglo-Saxon immigrants with a genetic predisposition for a high number of beauty spots, and the environment is rife with UV-intensity. In January, the Australian government even banned tanning salons to fight the high prevalence of skin cancer.

What is the difference between white and black skin cancer?

Black skin cancer is called melanoma (from Greek: melanos- black), and it develops out of mutated pigment cells called melanocytes.

White skin cancer falls into two sub-categories: Basal cell carcinoma is often characterized by a shiny skin surface. Squamous cell carcinoma or Spinaliom has a rough wart-like surface, often involving shedding of the skin. Both usually develop in people who have been exposed to the sun over long periods of time - like on the bare head or in the face, on lower arms or legs and on hands.

How do I tell cancer from a harmless spot?

Cancer can develop out of a beauty spot. To identify it, you can use the ABCDE method: the likelihood that a spot is cancerous is higher when it is asymmetric and has uneven borders, or when its edges are scalloped or notched. Also, the coloring is unusual. Skin cancer can be blue, white or red. Another indicator is an increase in the diameter. One should be particularly cautious if a spot grows larger than 6 millimeters (1/3 of an inch) in diameter. Also, a cancer will evolve over time. It can start itching, bleeding, moistening or building a crust.

If any of the above indicators apply, consult your dermatologist. Only the doctor can tell for sure if a spot is malignant. In that case, it must be removed in a small operation.

How dangerous is skin cancer?

Malignant melanoma is feared because it will trigger metastases throughout the body. Therefore, it can spread quickly to other organs. White skin cancer, which does not emerge out of beauty spots, is more frequent - but considerably less dangerous. Each year, close to 1 million people in Germany alone are treated for one of the two types of skin cancer.