Kampmann's debut novel "High as the Waters Rise," which delves into the lives of oil rig workers, is in the running for one of the most prestigious literature prizes in the US. 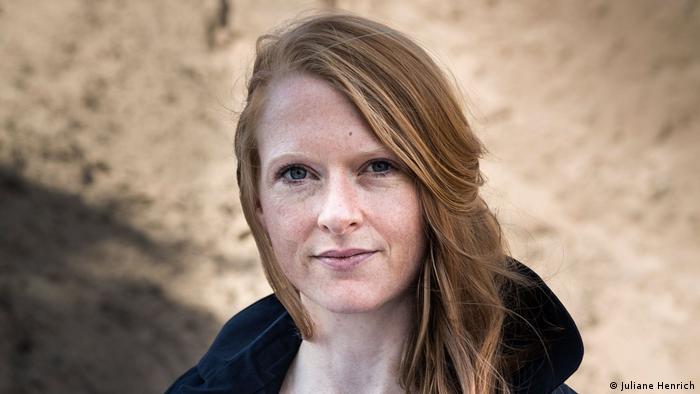 Writer Anja Kampmann was born in Hamburg 1983 and studied at the German Literature Institute in Leipzig. She first made a name for herself with her poetry collections. Now her debut novel, Wie hoch die Wasser steigen, or High as the Waters Rise in English, about a friendship between two men who work on oil rigs, is gaining popularity abroad.

Having already won the Lessing Prize and the Mara Cassens Prizes in Germany, the English-language translation by Anne Posten has been nominated in the US for the National Book Award's prize for translated literature.

DW spoke with Kampmann ahead of the prize announcement on November 18.

Deutsche Welle: In your novel you tell the story of a migrant worker who restlessly travels from one oil rig to the next for work. Why did you choose a story that takes place on the open seas?

Anja Kampmann: I have always wondered what actually happens out there. In many stories there is this old yearning for the freedom of the seas. This yearning was passed down in my family in the same way. I come from Hamburg; my great-grandfather was a captain on sailing ships and later on steamships. It's something that has always fascinated me. But if you follow people who work on the ocean nowadays, it's quite disillusioning. The freedom that can be found working on the world's oceans is taken to the point of absurdity on an oil drilling platform. 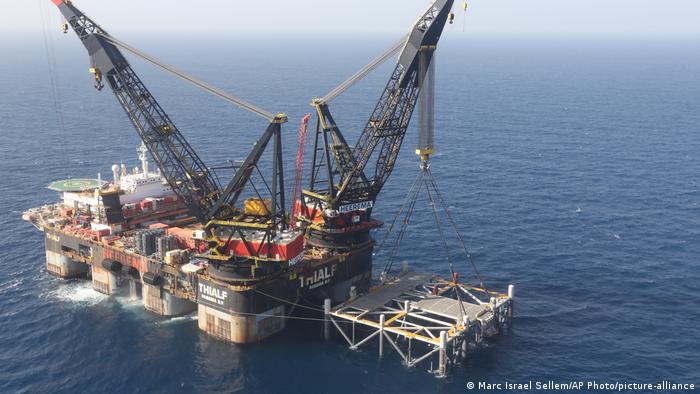 Kampmann's book is set on an offshore oil rig, like the one above in the Mediterranean Sea

Working on the high seas is probably the most extreme kind of migratory work. Your book makes the setting seem inhospitable — as far away and unreachable as if it were the moon.

To work on the moon — that is actually beautifully put. This was something that was very important to me. My main character, Waclaw, has been working out there for 12 years and is basically completely disenfranchised. He is even deprived of the right to mourn and the right to express a loss in a human way.

High as the Waters Rise begins during a stormy night when a man goes missing: Matyas, a Hungarian who is the best friend of your Polish-German main character, Waclaw.

They've shared everything for years, and their friendship gives everything meaning. Waclaw and Matyas are not at all relevant to the system; they can be easily and quickly replaced. I was interested in the question of what makes someone expose themselves to these kinds of conditions. What dream is behind it, what strong need? What makes someone simply go out and give up so much to earn money? Perhaps it was initially a feeling of liberation — but what does this freedom actually mean anyway? 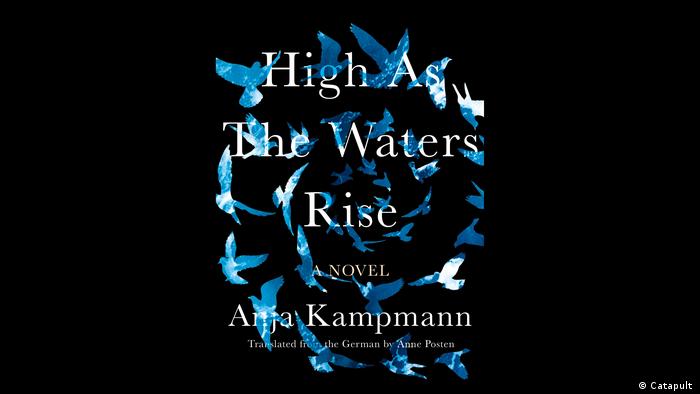 The English translation of Kampmann's novel was published this September

After the death of his friend, Waclaw cannot continue onward as before. Instead, he embarks on an odyssey through Europe, visiting places that remind him of his friend or have a place in his own memory. What is he actually looking for?

Waclaw is a character with a Polish background who grew up in the western Ruhr region of Germany, and he tries to escape the constrained environment of the miners' settlement where he comes from. During the course of the book, however, the reader realizes that he also longs for this familiarity at the same time. There is, for example, the regular sound of the curtains being drawn shut at half nine thirty in the evening. As a boy, he couldn't stand it, but after working in the environment on the oil rig where the crew changes constantly, leaving no trace behind, moving back and forth between continents, he feels a longing for home again.

You have used a unique narrative form in this novel. One often feels the need to set the book aside and let the language sink in. Poetic language and a harsh masculine world — how do you see this fitting together?

I made a very conscious decision to combine these things. Given the subject, the initial expectation may be that the story will be conveyed in a rough tone of voice, in a supposedly more realistic way that captures how men speak. But I was more interested in creating a world with the language. I think the only fixed location that exists in this book is narrative, in these spaces that open up in the language. 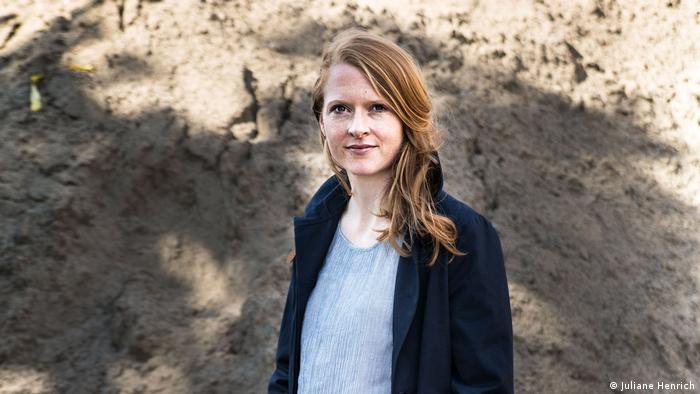 'High as the Waters Rise' is Kampmann's debut novel

How did you conduct the research? I assume you can't just visit oil rigs...

I did an endless amount of research and reading about drilling technology. For about three and a half years, I waged a kind of email war with all sorts press representatives from oil companies, trying to persuade them to let me come onboard. It's almost impossible, because you first need a helicopter safety certificate, which is relatively expensive, and then they will turn you away anyway. They are very good at that.

I then went to see drilling on land in gas fields, which operate on the same principle, only on a larger scale. I also asked the people I interviewed, who have worked all over the world, to send me videos and photos of them working on rigs.

How did you come into contact with these workers?

About ten years ago, I received a scholarship in Iowa with the International Writing Program. During that time, there were big accidents involving oil rigs, for example theDeepwater Horizon explosion in the Gulf of Mexico. That was the first time I was able to interview people who had worked on offshore rigs. Then I noticed that the topic somehow gripped me and wouldn't let up. 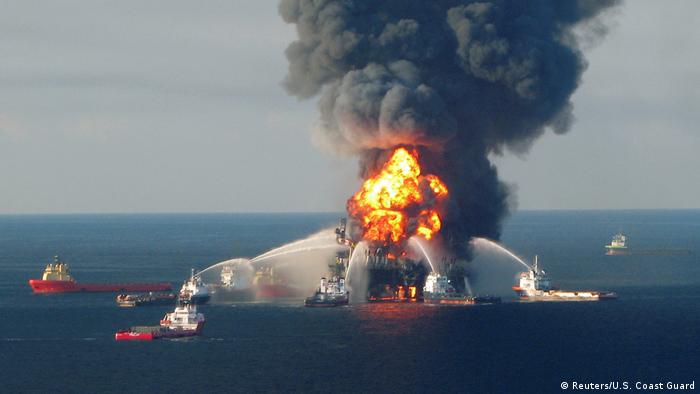 I'm just insanely happy about it. The book is once again coming into a market that is even more affected by issues like temporary employment on a global scale and the consumption of resources. It is of course a great credit to translator Anne Posten, with whom I have not only had a long working relationship, but also a friendship. She has translated many of my poems in recent years and was more than prepared. I shared the many technical things that I learned with her. We sent many technical drawings, photos and sketches back and forth.

Your book was published in the US in September — a truly tempestuous time on the other side of the Atlantic.

I think it's crazy that the book is being published there in this year of crisis. This is, after all, a book that strongly questions classic male characters. This macho image of the president is very dominant in the media. Unfortunately, the reading tour on the east and west coasts was canceled due to the pandemic. The gala event for the finalists of the National Book Award will also be held online.

Anja Kampmann's novel High as the Waters Rise was translated by Anne Posten and published by Catapult in September 2020.

This article has been translated from the German.